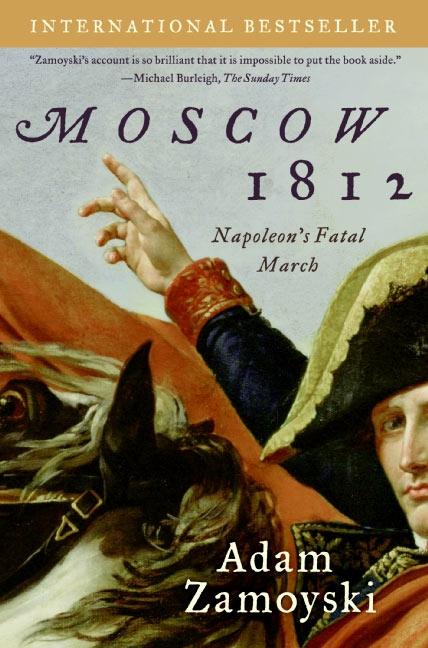 Napoleon dominated nearly all of Europe by 1810, largely succeeding in his aim to reign over the civilized world. But Britain eluded him. To conquer the island nation, he needed Russia's Tsar Alexander's help. The Tsar refused, and Napoleon vowed to teach him a lesson by intimidation and force. The ensuing invasion of Russia, during the frigid winter of 1812, would mark the beginning of the end of Napoleon's empire. Although his army captured Moscow after a brutal march deep into hostile territory, it was a hollow victory for the demoralized troops. Napoleon's men were eventually turned back, and their defeat was a momentous turning point in world affairs. Dramatic, insightful, and enormously absorbing, Moscow 1812 is a masterful work of history.

Adam Zamoyski was born in New York and educated at Oxford. He is the author of Moscow 1812. He lives in London.