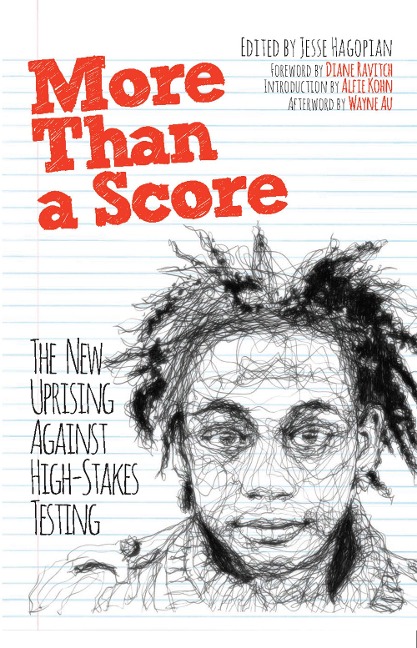 More Than a Score: The New Uprising Against High-Stakes Testing

Preface: Alfie Kohn
Overview of the importance of the "education spring" uprising and the chapters in the book

Introduction: Jesse Hagopian
Overview of how neoliberalism has been applied to the public schools in an effort to destroy teachers unions, critical thinking, and one of the last public institutions guaranteed by the government. Also, I will touch how strategies for this movement against standardized testing and assess the progress we have made so far.

Section Three: Parents
This section will tell the stories of parents who organized actions against standardized tests.

Section Four: Administrators and Advocates
This section will tell the stories of teachers who organized actions against standardized tests.