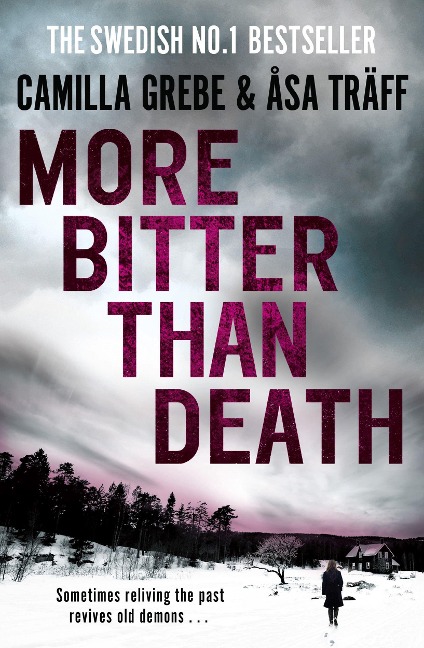 In a Stockholm apartment, five-year-old Tilde watches from under the kitchen table as her mother is brutally kicked to death.

Meanwhile, in another part of town, psychotherapist Siri Bergman and her colleague Aina meet their new patients - a group of women, all of whom are victims of domestic violence.

From Kattis, who was beaten by her boyfriend and lives under the constant threat of his return, to Malin, the promising young athlete who was attacked by a man she met online, and from Sofi, the teenager abused by her stepfather, to Sirkka, an older woman who had a troubled marriage - each woman takes her turn to share her story in the safety of the sessions.

But as the group gets closer, it is not long before the dangers lurking in the women's lives outside invade the peace with shattering consequences. And somehow, the fate of five-year-old Tilde is intertwined with that of Siri and the other women, so that what started out as the search for peace will swiftly turn into a tense hunt for a murderer.

'Grebe and Träff break new ground in the Scandinavian crime literature genre, and they do it brilliantly. Using unique insights and experiences from their own professional backgrounds, they tell a smooth-paced yet utterly intriguing story about man's inability to let go of the past' Kristina Ohlsson, author of Unwanted

Camilla Grebe is a graduate of the Stockholm School of Economics. She was a cofounder of Storyside, a Swedish audiobook publisher, where she was both CEO and publisher during the early 2000s. She lives in Stockholm, Sweden.