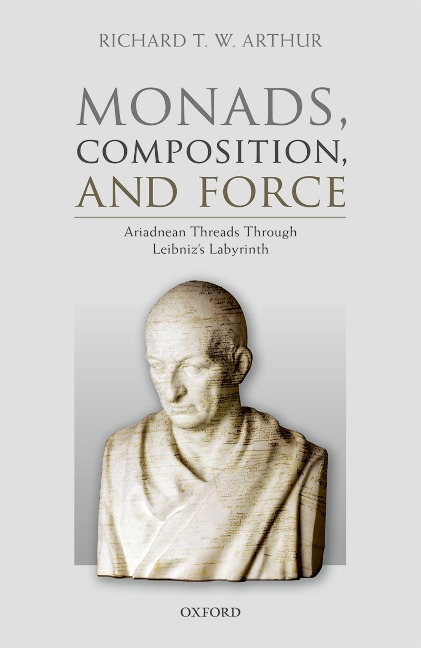 Leibniz's monads have long been a source of fascination and puzzlement. If monads are merely immaterial, how can they alone constitute reality? In Monads, Composition and Force, Richard T. W. Arthur takes seriously Leibniz's claim of introducing monads to solve the problem of the composition of matter and motion. Going against a trend of idealistic interpretations of Leibniz's thought, Arthur argues that although monads are presupposed as the principles
making actual each of the infinite parts of matter, bodies are not composed of them. He offers a fresh interpretation of Leibniz's theory of substance in which monads are enduring primitive forces, corporeal substances are embodied monads, and bodies are aggregates of monads, not mere appearances. In this reading
the monads are constitutive unities, constituting an organic unity of function through time, and bodies are phenomenal in two senses; as ever-changing things they are Platonic phenomena and as pluralities, in being perceived together, they are also Democritean phenomena. Arthur argues for this reading by describing how Leibniz's thought is grounded in seventeenth century atomism and the metaphysics of the plurality of forms, showing how his attempt to make this foundation compatible with
mechanism undergirds his insightful contributions to biological science and the dynamical foundations he provides for modern physics.

Richard T. W. Arthur is a Professor of Philosophy at McMaster University. He specializes in early modern natural philosophy and mathematics, with special attention to Leibniz, Newton, and Descartes. He is known primarily for his work on Leibniz, on whom he has written numerous articles and two books, G. W. Leibniz: The Labyrinth of the Continuum (Yale University Press, 2001), and Leibniz (Polity Press, 2014). His research interests also include the
theory of the infinite, the epistemology of science, and the theory of time, on which he is finishing a book defending the reality of becoming in modern physics.