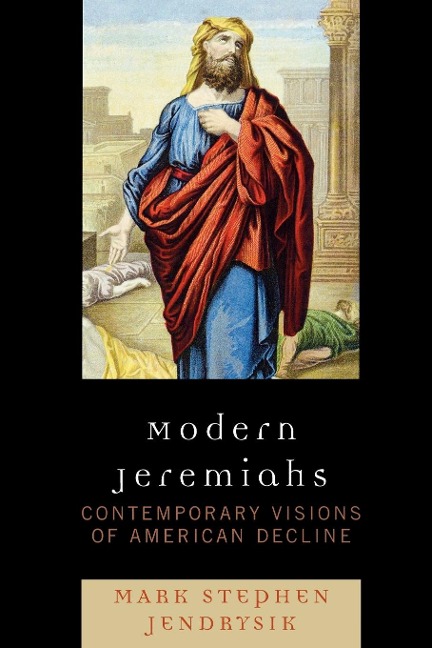 One of the most enduring themes in American political discourse is the idea of decline. Since the very beginnings of the European settlement of North America there have been voices pointing to an inevitable regression of the people from the standards set by heroic ancestors. This discourse of decay has often taken the form of the jeremiad in which public intellectuals, pundits, and politicians point to the causes of decline and call for a return to older and nobler standards of conduct. The Jeremiad has seen a revival in the last 25 years. Jendrysik traces the history of this form of political discourse from its modern reinvention by Allan Bloom to its current uses by such figures as Bill O'Reilly and Hillary Clinton.