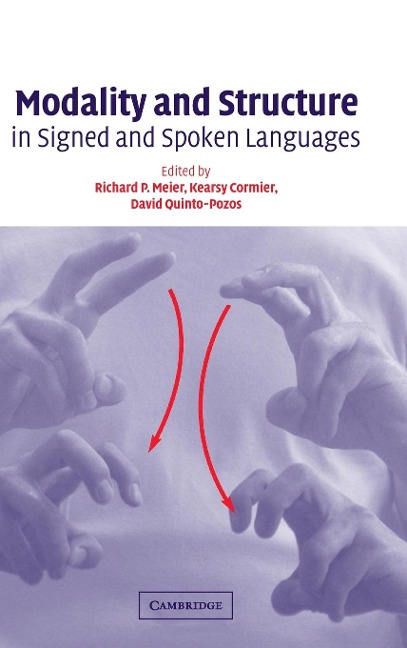 Modality and Structure in Signed and Spoken Languages

The realization that signed languages are true languages is one of the great discoveries of the last 30 years of linguistic research. The work of many sign language researchers has revealed deep similarities between signed and spoken languages in their structure, acquisition, and processing, as well as differences, arising from the differing articulatory and perceptual constraints under which signed languages are used and learned. This book provides a crosslinguistic examination of the properties of many signed languages, including detailed case studies of Hong Kong, British, Mexican, and German sign languages. The contributions to this volume, by some of the most prominent researchers in the field, focus on a single question: to what extent is linguistic structure influenced by the modality of language? Their answers offer particular insights into the factors that shape the nature of language and contribute to our understanding of why languages are organized as they are.