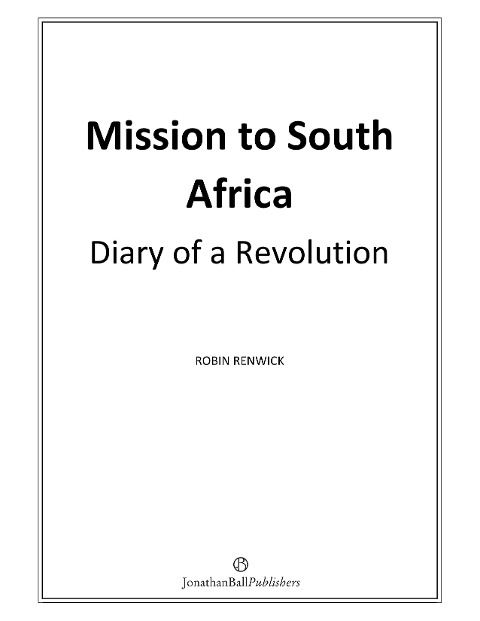 Diary of a Revolution

An insider's blow-by-blow account of the release of Nelson Mandela and dismantling of apartheid by the ambassador who was in the midst of these events. Appointed to South Africa as Margaret Thatcher's envoy, Lord Renwick became a personal friend of Nelson Mandela, FW de Klerk and Mangosuthu Buthelezi, acting as a trusted intermediary between them. He describes meetings with PW Botha, warning him against military attacks on neighbouring countries and arguing for the lives of the Sharpeville Six, as 'like visiting Hitler in his bunker'. He persuaded Margaret Thatcher to descend on Windhoek in support of the Namibia agreement. His close relationship with FW de Klerk helped him to get international support for his reforms. On the eve of his epoch-making speech to Parliament of 2 February 1990, De Klerk told him: 'You can tell your Prime Minister she will not be disappointed'. He paints a vivid portrait of Mandela ('far wilier, and a bit less saintly than others have portrayed him'), describing his meetings with him immediately after his release, inviting him to his first meal in a restaurant in Johannesburg for 27 years, rehearsing him for his meeting with Margaret Thatcher - and telling Thatcher that she must not interrupt him! The iron lady warmed to her visitor, but told him to 'stop all this nonsense about nationalisation'. The Mandela charm worked no less effectively on the Queen, who he took to calling 'Elizabeth' and persuaded to dance with him in the royal box in the Albert Hall.