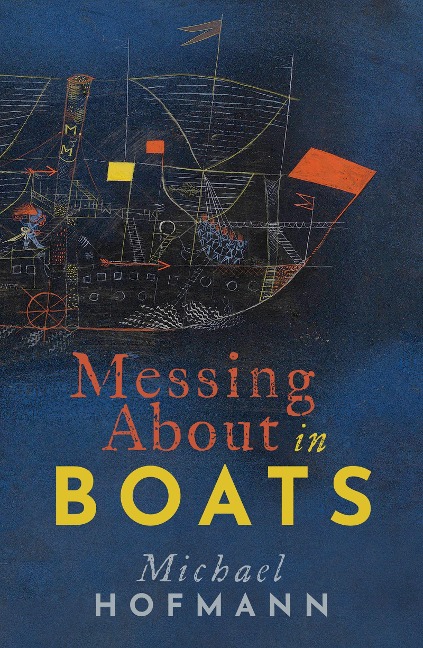 Messing About in Boats

Written by the eminent poet Michael Hofmann, this approachable and companionable book offers readings of four poems on the subject of boats.

Based on Michael Hofmann's Clarendon lectures, this volume offers readings of four poems in German, French, Italian, and English, by Rainer Maria Rilke, Arthur Rimbaud, Eugenio Montale, and Karen Solie. All four poems are on the subject of boats: 'Emigrant Ship', the 'Bateau Ivre', 'Boats on the Marne', and 'The World'. The volume suggests an affinity between boats and poems, offers a partial lineage of boats in poems, and pursues four variant destinies: the boat that stays in port, the boat
that gives itself to the world, the boat that is washed away down the river, and the one that goes manically and hubristically on forever.

The volume retains the style of lectures and has an improvisational character, with the same fire and detail as the things it is about. It is written with a sense of fun, of revelation, and in a spirit of respect and attention.

Michael Hofmann is Professor of English at the University of Florida. His poems, reviews, and essays have been published in the Guardian, London Review of Books, Modern Painters, New Yorker, New York Review of Books, New York Times, Poetry, Times Literary Supplement, and elsewhere. He is the author of two collections of critical writing, Behind the Lines (2001) and Where Have You Been? (2014) and six books of poems, most recently, One
Lark, One Horse (2018). He has edited selections of John Berryman, W.S. Graham, Robert Lowell, and Malcolm Lowry. He has translated some 80 books from German, poetry (Gottfried Benn, Günter Eich, Durs Grünbein), plays (Bertolt Brecht and Patrick Süskind), and fiction (all of Peter Stamm, most of Joseph Roth and Wolfgang Koeppen,
large parts of Hans Fallada, Gert Hofmann, Franz Kafka, and Wim Wenders, and single books by many more, including Thomas Bernhard, Elias Canetti, Ernst Jünger, Irmgard Keun, Herta Müller, and Jakob Wassermann).