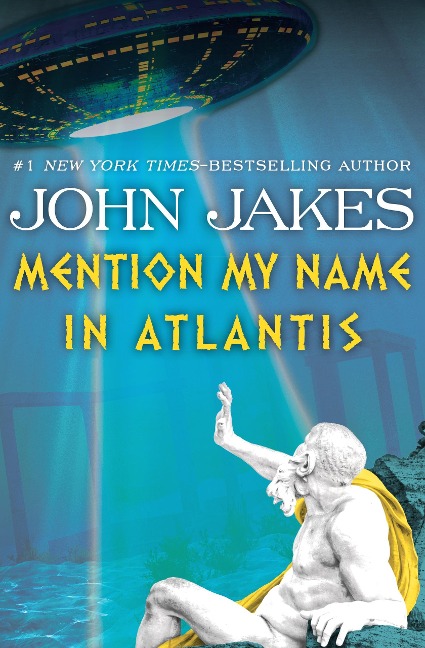 Mention My Name in Atlantis

A courtesan for hire, a brainless hunk, and alien invaders combine to bring about ancient history's most momentous catastrophe in John Jakes's hilarious take on the fall of Atlantis

For centuries the mystery of the lost continent of Atlantis has intrigued mortals everywhere. Who lost it? Where did it go? At last the truth is out-or at least the truth according to Hoptor the Vintner, respectable Atlantean wine merchant and not-so-respectable pimp.

According to Hoptor, the blame for Atlantis's destruction can be placed squarely on the incredibly broad shoulders of Conax the Chimerical, a none-too-bright, broadsword-wielding barbarian chieftain. Conax washed ashore just as Atlantis's ruler was losing his health and his grip on the kingdom, creating chaos throughout the island. Now things were really about to go south. All of a sudden Hoptor had a lot more to worry about than how to silence the unrelenting nagging of Aphrodisia, the beautiful, strident prostitute he had promised to marry in a moment of weakness. Now the ever-resourceful, vino-loving procurer of female flesh was being called on to possibly save the world as well as his own skin-which would prove to be no small feat, with Conax mucking up everything he touched in his inimitable fashion. And then there were those strange golden discs flying high above everybody's heads . . .