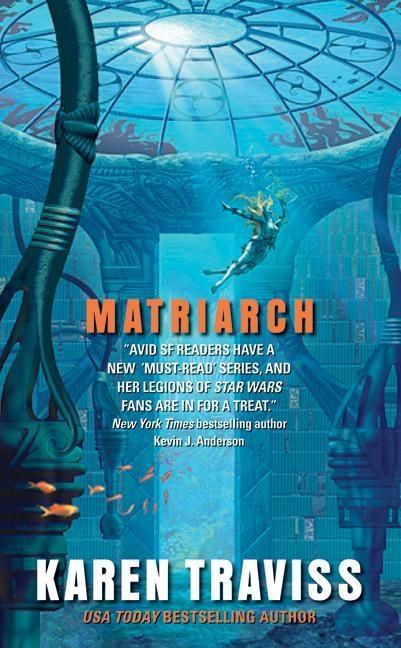 In thirty years, the invincible Eqbas will arrive at Earth to forcibly return the planet to what it once was—as retribution, in part, for the gethes' thoughtless near-extermination of an alien ocean-dwelling species. First, however, another world requires their attention: the crowded, ecologically ravaged planet of the swarming, insect-like isenj. Efforts to drastically reduce the isenj population have sparked a devastating civil war—which may well do the savior/destroyers' work for them. And the human visitors can only watch.

Rendered immortal and ever changeable by a parasite in her blood, ex-cop Shan Frankland isn't content merely to play Matriarch to her two similarly infected mates—one earthborn, one alien wess'har. Her fears for the future of Umeh and the ultimate fate of humankind must be set aside while she tackles an unfulfilled duty that haunts her every waking moment—a mission that must be undertaken for the sake of the future—and pursues a righteous vengeance.

Karen Traviss is a former defense correspondent and TV and newspaper journalist. She has worked in public relations for the police and local government, and has served in the Royal Naval Auxiliary Service and the Territorial Army. The New York Times and USA Today bestselling author of City of Pearl, Crossing the Line, The World Before, Matriarch, Star Wars-Republic Commando: Hard Contact, Triple Zero, and Star Wars-Legacy of the Force: Bloodlines, she lives in Wiltshire, England.