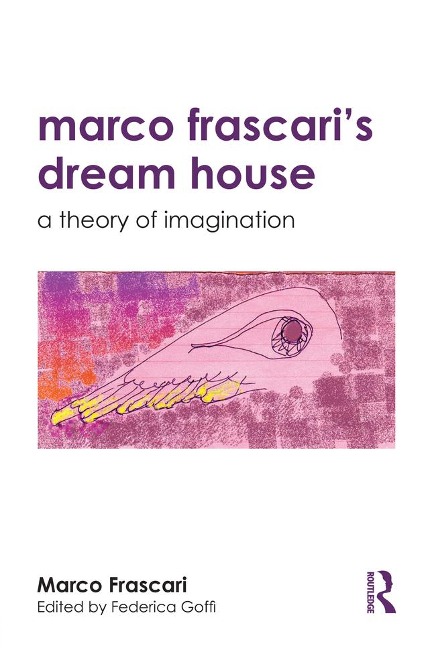 A Theory of Imagination

This previously unpublished work is essential reading for anyone who has followed Marco Frascari's scholarship and teachings over the last three decades. It also provides the perfect introduction for anyone new to his writings. As ever, Frascari does not offer prescriptive tools and frameworks to enact his theories of drawing and imagination; instead, he teaches how to build one's own through individual practice. An illuminating introduction places the text in a wider context, providing the reader with a fascinating and important context and understanding to this posthumous work. Frascari's sketchbooks are reproduced faithfully in full colour to provide the reader with a remarkable insight into the design process of this influential mind.

Marco Frascari (1945-2013) was a dedicated teacher of architecture, an extraordinary storyteller, and an eminent thinker and theorist of architecture. He was the Director of the Azrieli School of Architecture and Urbanism at Carleton University, Ottawa, Canada, since 2005. From 1997 to 2005 he held the chair of G. T. Ward Professor at the Washington-Alexandria Architecture Center at Virginia Tech, USA. Previously, he spent seventeen years as professor at the Architecture School at the University of Pennsylvania, USA, with an interruption of two years that he spent teaching at The Georgia Institute of Technology, Atlanta, USA, where he wrote Monsters of Architecture (1991). He earned his Dottore in Architettura (1969) at the IUAV (Istituto Universitario di Architettura di Venezia). He moved to the United States in 1975 and received the Master of Science in Architecture at the University of Cincinnati, USA (1978). In 1981, he completed a PhD at the University of Pennsylvania. His work has been widely disseminated in journals, books, and magazines. His scholarly activity included academic conferences, lectures, and teaching periods in Europe, Australia, and New Zealand. His well-read article, "The Tell-Tale Detail", a seminal essay translated into Spanish, Japanese, and Chinese, continues to stimulate discussion as one of the most influential pieces of its kind since its publication in 1981. His last book Eleven Exercises in Architectural Drawing: Slow Food for the Architect's Imagination was published by Routledge (2011).

Federica Goffi is Associate Professor (2007-present) and Associate Director, Graduate Programs, at the Azrieli School of Architecture and Urbanism at Carleton University, Ottawa, Canada. She is currently teaching architectural drawing, studio, and a PhD colloquium. She was Assistant Professor at the Interior Architecture Department of the Rhode Island School of Design, USA (2005-2007). She holds a PhD from the Washington-Alexandria Architectural Center at Viginia Tech, USA. She has published book chapters and journal articles on the threefold nature of time-weather-tempo, as it informs notions of "built conservation" (AD, ARQ, In.Form, Interstices, Int.AR). Her book Time Matter[s]: Invention and Re-imagination in Built Conservation: The Unfinished Drawing and Building of St. Peter's in the Vatican was published by Ashgate in 2013. She holds a Dottore in Architettura from the University of Genoa, Italy. She is a licensed architect in her native country, Italy.

Preface. Panta Rhei: in the Drawn and Written Lines of the "Dream House". Reading Drawings: A "Science Without a Name".  1. A Congenial Inauguration.  The Magic Meal.  The Ingredients.  2. Telling and Casting.  The Requirements of the Play.  The Incubation  3. The Importance of Dreaming in Architecture.  The Magic Threshold.  A Mantic View.  The Magic of Translation.  The Trade.  4. The Origin and Beginning of the Dream House.  The Practice of Dreaming.  Description of the Design of the House-Tower.  5. The Present Architecture Smells Bad.  Vita Beata.  The Happiness of Bathroom Imagination.  6. The Analogical Monster.  The Drawings of the House-Tower.  The Recto and the Verso.  Conclusions.  Dream Long and Hard Enough.  Drawings, Model and Sketchbooks for the House-Tower.  Bibliography.  Postscript.  Federica Goffi Interviews Claudio Sgarbi: Oneiric Recollections of a Design.  Index.