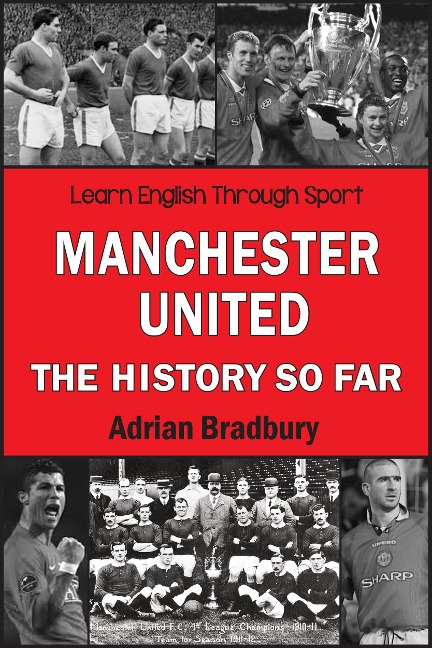 Manchester United, The History So Far

Are you a Man United fan? Do you want to improve your English skills? Then Manchester United: The History So Far is the perfect book for you. It's a short history of our great club, written for people who find English difficult, but want to get better. The English is easy to read, and after each chapter there is a fun grammar or spelling task, all about football and United.The book covers all the main events in United's history: the beginning, in 1878, when the Newton Heath football club was set up for railway workers; the name change to Manchester United, and the difficult times when the club almost went out of business; the glory of the Busby Babes; the terrible night in Munich when eight players were killed in a plane crash; the great team of Best, Law and Charlton in the 60s; the pain of relegation in 1974; the wonderful Sir Alex Ferguson years, when the club were the kings of both England and Europe. The story finishes as the 2016-17 season begins under new manager Jose Mourinho. In addition, three chapters tell about Manchester United legends: Duncan Edwards, Eric Cantona and Wayne Rooney.&quote;Linking football and English learning is such a great idea. This book combines lovely storytelling with tips for improving grammar and spelling. It's ideal for football fans who want to find out more about their club and improve their English at the same time.&quote;   Ruth Miskin OBE, creator of the most popular literacy programme in the UK and long time government adviser.