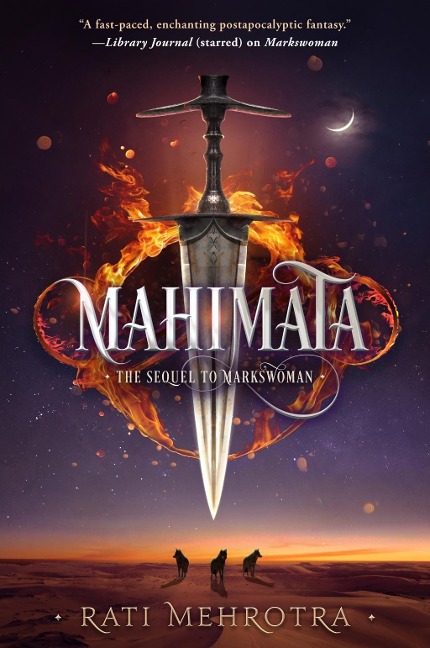 A young female assassin must confront the man who slaughtered her family, risk her heart, and come to terms with her identity as a warrior and as a woman in this thrilling fantasy from the author of Markswoman.

Kyra has returned to the caves of Kali, but her homecoming is bittersweet. She no longer knows what her place is. Her beloved teacher is dead and her best friend Nineth is missing. And gone, too, is Rustan, the Marksman who helped her train for the duel with Tamsyn--and became far more than a teacher and friend.

Shaken by his feelings for Kyra and the truth about his parentage, Rustan has set off on a quest for answers. His odyssey leads him to the descendants of an ancient sect tied to the alien Ones--and the realization that the answers he seeks come with a price.

Yet fate has plans to bring Kyra and Rustan together again. Kai Tau, the man who slaughtered Kyra's family, wages war on the Orders of Asiana. Hungering for justice, Kyra readies herself for battle, aided by her new companions: the wyr-wolves, who are so much more than what they seem. And determined to keep the woman he loves safe, Rustan joins the fight to ride by her side.

But will this final confrontation ultimately cost them their love . . . and their lives?

Born and raised in India, Rati Mehrotra makes her home in Toronto, Canada, where she writes novels and short fiction and blogs at ratiwrites.com. Markswoman is her debut novel. Find her on Twitter @rati_mehrotra.