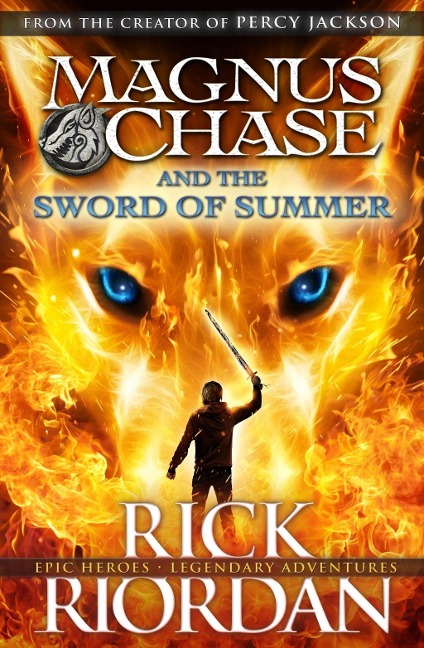 The first book in the incredible new series from the author of Percy Jackson, the Kane Chronicles and Heroes of Olympus.

Magnus Chase has always been a troubled kid. Since his mother's  mysterious death, he's lived alone on the streets of Boston, surviving  by his wits, keeping one step ahead of the police and the truant  officers.

One day, he's tracked down by an uncle he's never met -  a man his mother claimed was dangerous. His uncle tells him an  impossible secret: Magnus is the son of a Norse god.

The Viking  myths are true. The gods of Asgard are preparing for war. Trolls, giants  and worse monsters are stirring for doomsday. To prevent Ragnarok,  Magnus must search the Nine Worlds for a weapon that has been lost for  thousands of years.

When an attack by fire giants forces him to  choose between his own safety and the lives of hundreds of innocents,  Magnus makes a fatal decision.

Rick Riordan is an award-winning mystery writer. Percy Jackson and the Lightning Thief, Rick's first novel featuring the heroic young demigod, was the overall winner of the Red House Children's Book Award in 2006 and is now a  blockbuster film franchise, starring Logan Lerman. Rick lives in Boston  with his wife and two sons.

Death of a Maid

A Short History of Drunkenness