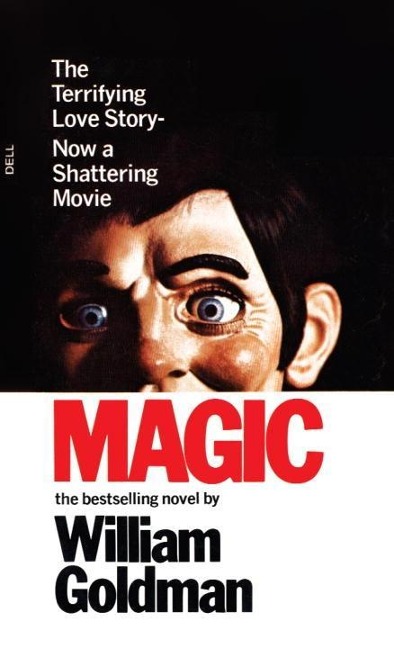 "One of those can't-put-it-down-until-the-last-page-is-turned monsters that has readers all over the country missing sleep."-Minneapolis Tribune

Corky is a brilliant entertainer with a bright future ahead of him. He has good looks, many women, and enormous talent. He also had a secret and a certainty: a secret that must be hidden from his public at all costs; and a certainty that the dark forces of magic were out to destroy him.

"Fascinating . . . This dazzling psychological thriller cannot be put down! . . . The most imaginative and enjoyable novel I've read since Marathon Man. . . .  [A] bizarre journey into the world of illusion."-St. Louis Post-Dispatch

"Kept me up half the night. . . . A brilliantly alarming novel!"-Cosmopolitan

William Goldman is an Academy Award-winning author of screenplays, plays, memoirs, and novels. His first novel, The Temple of Gold (1957), was followed by the script for the Broadway army comedy Blood, Sweat and Stanley Poole (1961). He went on to write the screenplays for many acclaimed films, including Butch Cassidy and the Sundance Kid (1969) and All the President's Men (1976), for which he won two Academy Awards. He adapted his own novels for the hit movies Marathon Man (1976) and The Princess Bride (1987).