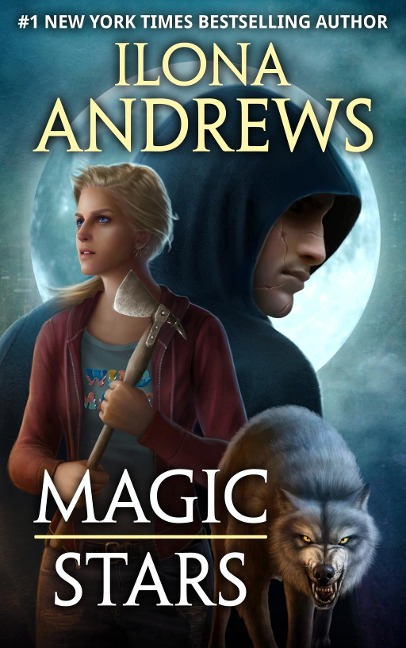 From award-winning author, Ilona Andrews, an original novella, set in the New York Times #1 bestselling Kate Daniels World and featuring fan-favorites, Derek, and Curran and Kate's very independent ward, Julie.Scarred, solitary Derek Gaunt has separated from his Pack, and is truly a lone wolf. With no family he answers to no one; but is fiercely loyal to a chosen few. So, when several of those close to him are murdered, he'll stop at nothing to hunt their killer through the magic-drenched streets of Atlanta. >br>Never one to be left on the sidelines, equally determined-some might say stubborn-Julie Lennart-Olsen soon joins in his pursuit; and what began as revenge turns into a race to save the city. Their search pits them against powers they never imagined and magic so old, it predates history. It may cost Derek his life, but there are things for which even he would risk everything. &quote;The Wolf and Herald are not to be missed!&quote;-BookNympho.com &quote;Ilona Andrews pens my favorite flavor of keeper novel: tough characters, marvelous voice, fast-paced with that sharp edge of humor that adds the final grace note.&quote;-Patricia Briggs, #1 New York Times bestselling author of Fire Touched &quote;One of the brightest voices in urban fantasy. Ilona Andrews delivers only the best.&quote;-Jeaniene Frost, New York Times bestselling author of Bound by Flames

The Lady of the Lake