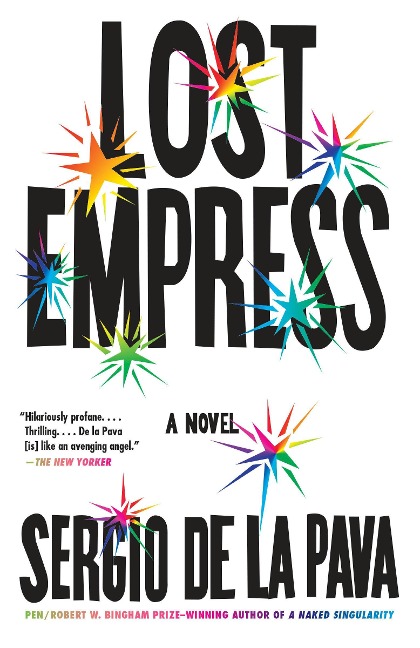 FROM THE PEN/ROBERT W. BINGHAM PRIZE-WINNING AUTHOR OF A NAKED SINGULARITY

Led by a renegade young owner out for revenge against her traitorous family, the Paterson Pork-New Jersey's only Indoor Football League franchise-is challenging the Dallas Cowboys for championship glory.

Meanwhile, a brilliant and lethal mastermind has gotten himself intentionally thrown into prison on Rikers Island with plans to commit the most audacious crime of all time.

And is the world ending? Maybe.

Filled with impossible triumphs and grave injustices, Lost Empress is another brilliant, hilarious, and eccentric masterpiece from Sergio de la Pava: a vibrant exultation of a novel, populated by a cast of unforgettable characters-immigrants, exiles, and outsiders-who will have you rooting for them, right up until the end.

SERGIO DE LA PAVA is the author of A Naked Singularity and Personae. He is a public defender in New York City.