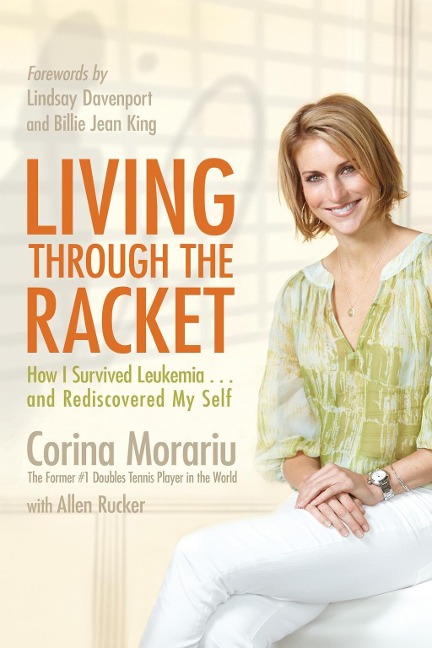 Living through the Racket

She was 23 and at the height of her professional tennis career—a top-30 singles player, the #1 ranked doubles player in the world in 2000, and the winner of Grand Slam titles at both Wimbledon in 1999 with Lindsay Davenport, and the Australian Open Mixed doubles in 2001. Then, in May 2001, Corina Morariu was diagnosed with an advanced form of acute myelogenous leukemia and found herself in the match of a lifetime. After a grueling regimen of chemotherapy, Corina returned to competitive tennis 16 months after her diagnosis. She was named the WTA Tour Comeback Player of the Year in 2002, but the effects of the leukemia lingered. On the court, she struggled to come to terms with the cancer and two subsequent shoulder surgeries that diminished her physical capabilities as a tennis player. Off the court, she struggled to redefine herself in the wake of her trauma. In this honest, unsparing memoir, Corina opens up about what it's like to be an athlete diagnosed with cancer, and how her battle with leukemia changed her in every way. She reassessed everything: her devotion to tennis, her lifelong mission to be the perfect daughter, even her marriage. She took charge of her own life, often with devastating consequences to her and those she loved most. In the end, leukemia gave this world-class athlete much more than it took away—the challenge to look deeper within herself, and the strength to change her life—and she reveals the extraordinary lessons she learned along the way. It is Corina's journey of self-discovery that will make her story incredibly poignant and uplifting to everyone who reads it—tennis player or not. Leukemia brought Corina to the brink of death . . . but ultimately it saved her life.

Corina Morariu was a professional tennis player for 11 years. She retired in 2007, although her moving and inspirational story continues to motivate players and fans throughout the world. Corina currently serves as a commentator for Tennis Channel.