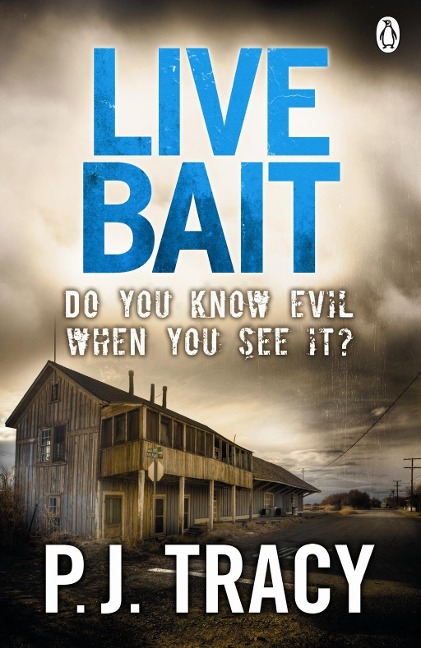 When elderly Morey Gilbert is found, lying dead in the grass by his wife, Lily, it's a tragedy, but it shouldn't have been a shock - old people die. But when she finds a bullet hole in his skull, the blood washed away by heavy rain, sadness turns to fear. It looks like an execution...

Soon a whole city is fearful as new victims are found, killed with the same cold precision. All elderly. All apparently blameless.

Detectives Gino and Magozzi, race to uncover a connection and their best hope of doing so may be Grace McBride, beautiful, damaged survivor of an earlier killing spree. And the answers, it seems, are buried in a terrible past.

Grace MacBride and Detectives Gino and Magozzi are back in P.J. Tracy's Live Bait, the follow-up to debut Want to Play? Fans of Karen Rose should be paying attention. Follow the characters' journeys in the rest of the series: Want to Play?, Dead Run, Snow Blind, Play to Kill and Two Evils.

P.J. Tracy is the pseudonynm for the mother-and-daughter writing team of P.J. and Traci Lambrecht. They are the authors of the award-winning and best-selling thrillers Live Bait, Dead Run, Snow Blind, Play to Kill, Two Evils and the Richard and Judy Book Club pick Want to Play?. All six books feature detectives Gino and Magozzi and maverick computer hacker Grace MacBride. P.J. and Traci both live near Minneapolis, Minnesota.