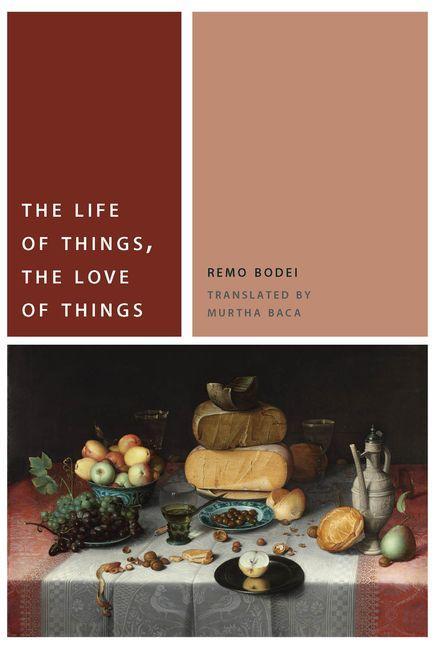 From prehistoric stone tools, to machines, to computers, things have traveled a long road along with human beings. Changing with the times, places, and methods of their production, emerging from diverse histories, and enveloped in multiple layers of meaning, things embody ideas, emotions, and symbols of which we are often unaware.The meaning of GthingG is richer than that of Gobject,G which is something that is manipulated with indifference or according to impersonal technical procedures.Things also differ from merchandise, objects that can be sold or exchanged or seen as status symbols. Things, in the philosophical sense, are nodes of relationships with the life of others, chains of continuity among generations, bridges that connect individual and collective histories, junctions between human civilizations and nature.Things incite us to listen to reality, to make them part of ourselves, giving fresh life to an otherwise suffocating interiority. Things also reveal the hidden aspect of a GsubjectG in its most secret and least explored side. Things are the repositories of ideas, emotions, and symbols whose meaning we often do not understand.In an unexpected but coherent journey that includes the visions of classic philosophers from Aristotle to Husserl and from Hegel to Heidegger, along with the analysis of works of art, Bodei addresses issues such as fetishism, the memory of things, the emergence of department stores, consumerism, nostalgia for the past, the self-portraits of Rembrandt and Dutch still-lifes of the seventeenth century. The more we are able to recover objects in their wealth of meanings and integrate them into our mental and emotional horizons, he argues, the broader and deeper our world becomes.