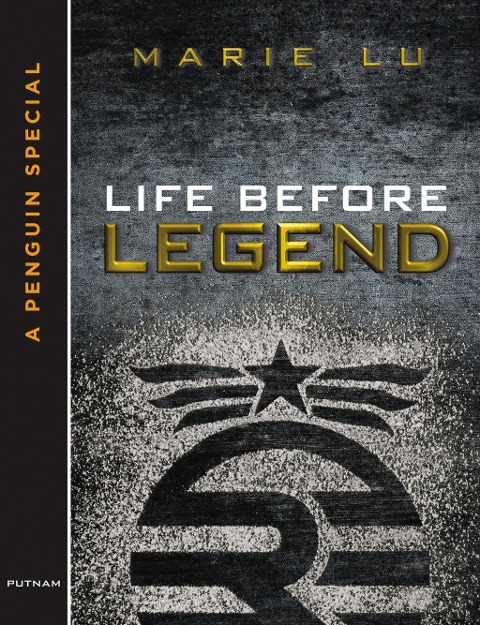 Stories of the Criminal and the Prodigy

Find out more about June and Day in this never-before-seen glimpse into their daily lives before they met in Marie Lu's New York Times bestselling LEGEND series. As twelve-year-olds struggling to survive in two very different worlds within the Republic's stronghold, June was starting her first day of school at Drake University as the youngest cadet ever admitted, and Day was fighting for food on the streets of the Lake sector. LIFE BEFORE LEGEND contains two original stories written by Marie Lu that give readers a sneak peek into the lives of their favorite characters in a thrilling new context.

New York Times bestselling author Marie Lu (www.marielu.org) graduated from the University of Southern California and jumped into the video game industry, working for Disney Interactive Studios as a Flash artist. Now a full-time writer, she spends her spare time reading, drawing, playing Assassin's Creed, and getting stuck in traffic. She lives in Los Angeles, California (see above: traffic), with one boyfriend, one Chihuahua mix, and two Pembroke Welsh corgis.