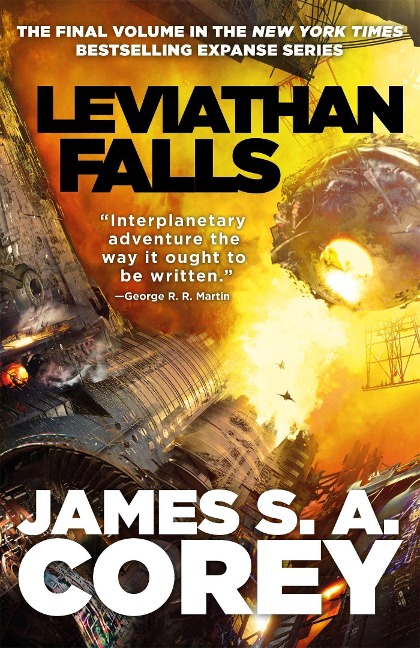 Book 9 of the Expanse (now a Prime Original series)

The biggest SF series of the decade comes to an incredible conclusion in the ninth and final novel in James S. A. Corey's Hugo Award-winning Expanse series.

'Interplanetary adventure the way it ought to be written' George R. R. Martin

James S. A. Corey is the pen name of Daniel Abraham and Ty Franck. In addition to writing the novels and short stories of The Expanse, they wrote and produced the television series of the same name. Daniel lives with his family in the American southwest. Ty will tell you where he lives when and if he wants you to come over.