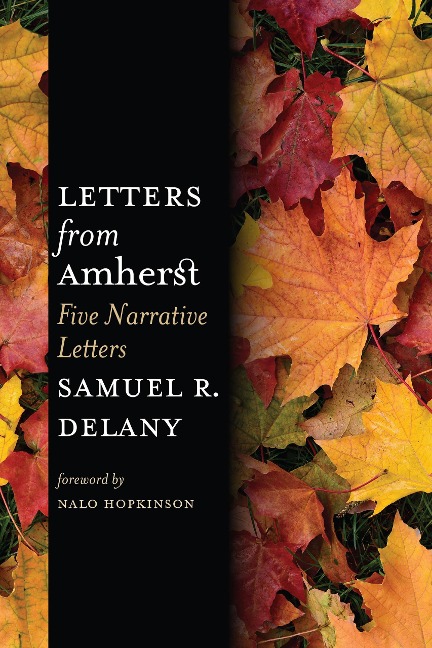 Entertaining and informative letters written from 1984 to 1991 by the award-winning author and critic.

Five substantial letters written from 1989 to 1991 bring readers into conversation with Hugo and Nebula Award-winning author Samuel Delany. With engaging prose, Delany shares details about his work, his relationships, and the thoughts he had while living in Amherst and teaching as a professor at the UMASS campus just outside of town, in contrast to the more chaotic life of New York City. Along with commentary on his own work and the work of other writers, he ponders the state of America, discusses friends who are facing AIDS and other ailments, and comments on the politics of working in academia. Two of the letters, which tell the story of his meeting his life partner Dennis, became the basis of his 1995 graphic novel, Bread & Wine. Another letter describes the funeral of his uncle Hubert T. Delany, former judge and well-known civil rights activist, and leads to reflections on his family's life in 1950s Harlem. Another details a visit from science fiction writer and critic Judith Merril, and in another he gives a portrait of his one-time student Octavia E. Butler, who by then has become his colleague. In addition, an appendix shares ten letters Delany sent to his daughter while she attended summer camp between 1984 and 1988. These letters describe Delany's daily life, including visitors to his upper-west-side apartment, his travels for work and pleasure, lectures attended, movies viewed, and exhibits seen.

"Letters from Amherst gives readers insight into the personal and professional life and aesthetic assessments of the author, Samuel R. Delany, one of the most important literary figures of our time." -Nisi Shawl, author of the Nebula Award Finalist novel Everfair, and the James Tiptree Jr. Award-winning story collection Filter House