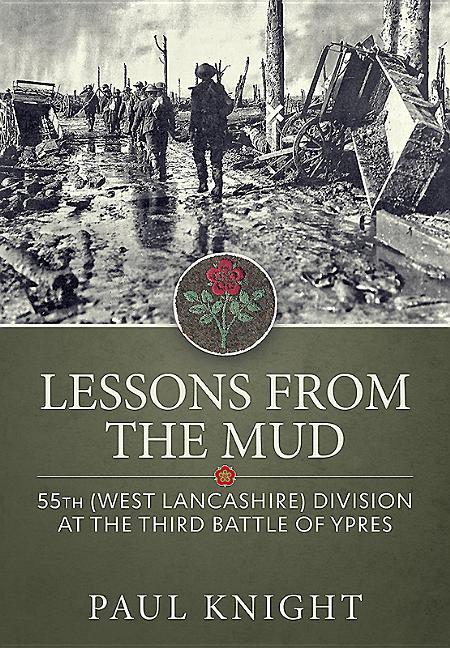 Lessons from the Mud

55th (West Lancashire) Division at the Third Battle of Ypres

First World War generals have a reputation for both failing to understand the conditions their men were fighting in and also to adopt to the reality of the Western Front. All too often in discussions, the Lions led by Donkeys attitude prevails which has been reinforced by Blackadders General Melchett. General Jeudwine was neither a Donkey nor a Melchett. His command of 55th (West Lancashire) Division from January 1916 was highly regarded and the division was in the top third of the British Expeditionary Force. The division attacked twice during the Third Battle of Ypres. After each attack, Jeudwine collected Narratives from his men. These range from formal reports from Commanding Officers to Private soldiers handwritten memoires on a sheet of paper torn from a notepad. Transcribed in their entirety for the first time, these Narratives offer a fascinating, first-hand account of two major written within days of the battle. Within the Narratives are details of the fates of men whose names are recorded on the Menin Gate, the practical application of tactics, small scale actions around German strong points. In analysis, the evolution of tactics is seen between the two attacks which shows the Army as a learning organisation.