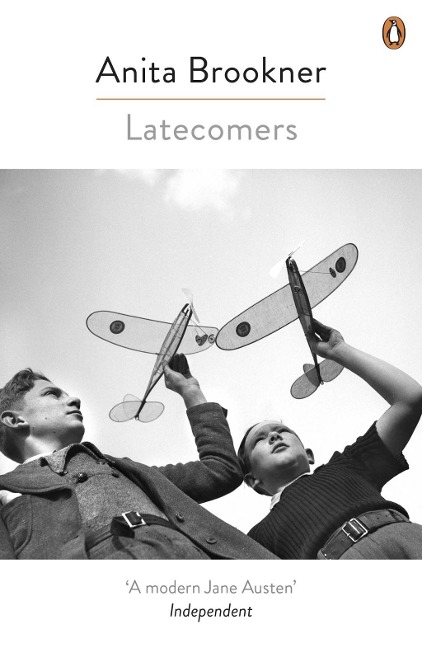 Latecomers is the eighth novel by Anita Brookner, the Booker Prize winning author of Hotel du Lac. This edition includes an introduction by Helen Dunmore.

Penguin Decades bring you the novels that helped shape modern Britain. When they were published, some were bestsellers, some were considered scandalous, and others were simply misunderstood. All represent their time and helped define their generation, while today each is considered a landmark work of storytelling.

Anita Brookner's Latecomers was published in 1988 and is one of her most poignant novels. It tells the story of two men, the charming Hartmann and the troubled Fibich, best friends ever since they came to England as German refugees, and how they respond to their shared history in different ways. Latecomers is a moving, compassionate portrayal of how we confront the past and live with the present, from a writer of profound psychological depth.

'Her technique as a novelist is so sure and so quietly commanding'  Hilary Mantel, Guardian

Anita Brookner was born in south London in 1928, the daughter of a Polish immigrant family. She trained as an art historian, and worked at the Courtauld Institute of Art until her retirement in 1988. She published her first novel, A Start in Life, in 1981 and her twenty-fourth, Strangers, in 2009. Hotel du Lac won the 1984 Booker Prize. As well as fiction, Anita Brookner has published a number of volumes of art criticism.