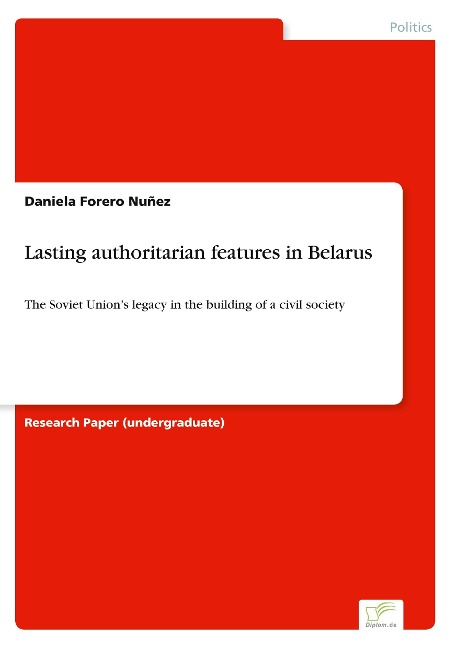 The Soviet Unions legacy in the building of a civil society

The 20th century was heavily marked by an immense ideological dispute between two opposing political and economic systems. The collapse of the Soviet Union brought an end to the Cold War and the profound confrontation between capitalism and communism throughout the globe.
Nevertheless, the legacy of this wide system remains to some extent very influential in many of the nation-building processes of the post-Soviet countries. Despite the regional divergencies and the distinct sociopolitical developments, some continuities may derive from this common historical background. Belarus builds the focus of the study of this paper since it belongs to the nations, which have not successfully managed to bring forward a democratization process, failing to guarantee the core requirements for building a strong civil society. Moreover, the outcome of the 2020 presidential elections, which reinstated Lukaschenko for the 6th consecutive time in front of the Belarusian state, may corroborate the widespread thesis that characterizes Belarus as "Europe's last dictatorship". It is therefore attempted to explore which factors may have hindered the strengthening of civil society, bearing in mind that some of its current authoritarian features may have been inherited from the Soviet-era and remain deeply rooted in its political culture.