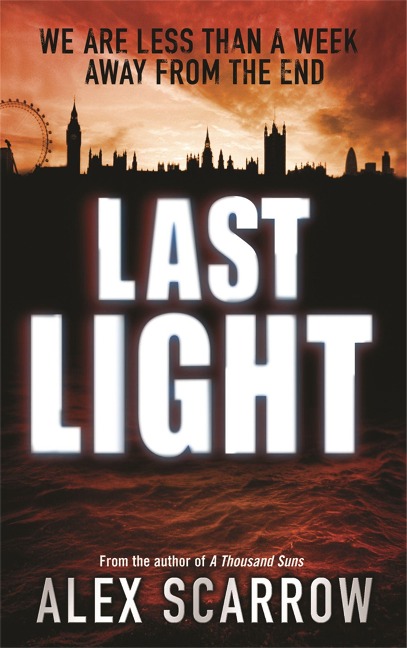 A terrifying apocalyptic thriller from the one of the brightest stars of the genre...

It seems to be a very normal Monday morning. But in the space of only a few days, the world's oil supplies have been severed and at a horrifying pace things begin to unravel everywhere. And this is no natural disaster: someone is behind this.

Jenny is stuck in Manchester, fighting desperately against the rising chaos to get back to London, where her children are marooned as events begin to spiral out of control: riots, raging fires, looting, rape and murder. In the space of a week, London is transformed into a lawless and anarchic vision of hell.

Jenny's estranged husband, oil engineer Andy Sutherland, is stranded in Iraq with a company of British soldiers, desperate to find a way home to his family, trapped as transport links and the very infrastructure of daily life begin to collapse around him.

And against all this, a mysterious man is tracking Andy's family. He'll silence anyone who might be able to reveal the identities of those behind this global disaster. It seems that the same people who now have a stranglehold on the future of civilisation have flexed their muscles before, at other significant tipping points in history, and they are prepared to do anything to keep their secret - and their power - safe.

Alex Scarrow lives a nomadic existence with his wife Frances and his son Jacob, their current home being Norwich. He spent the first ten years out of college in the music business chasing record deals and the next twelve years in the computer games industry. LAST LIGHT is his second novel.