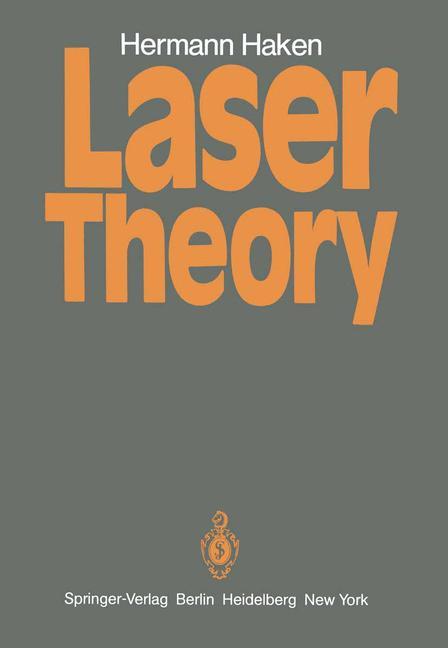 This book, written by one of the pioneers of laser theory, is now considered a classic by many laser physicists. Originally published in the prestigious Encyclopedia of Physics series, it is now being republished in paperback to make it available not only to professors and scientists, but also to students. It presents a thorough treatment of the theory of laser resonators, the quantum theory of coherence, and the quantization of electromagnetic fields. Especial emphasis is placed on the quantum-mechanical treatment of laser light by means of quantum-mechanical Langevin equations, the density matrix equation, and the Fokker-Planck equation. The semiclassical approach and the rate equa­ tion approach are also presented. The principles underlying these approaches are used to derive the relevant equations, from which, in turn, the various properties of laser light are derived. Preface. The concept of the laser came into existence more than a decade ago when SCHAWLOW and TOWNES showed that the maser principle could be extended to the optical region. Since then this field has developed at an incredible pace which hardly anybody could have foreseen. The laser turned out to be a meeting place for such different disciplines as optics (e. g. spectroscopy). optical pumping, radio engineering, solid state physics, gas discharge physics and many other fields. The underlying structure of the laser theory is rather simple.