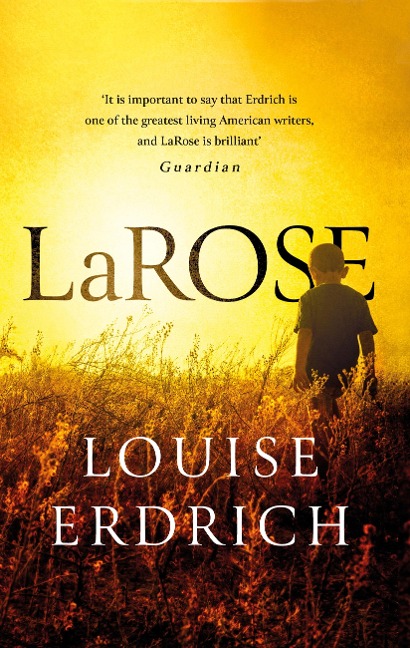 'It is important to say that Erdrich is one of the greatest living American writers, and LaRose is brilliant' Guardian

'Warm-hearted . . . a novel remarkable for its forgiveness and sheer magnanimity' Sunday Times

Finalist for the 2016 National Books Critics Circle Award for Fiction

In this literary masterwork, Louise Erdrich, the bestselling author of The Round House and the Pulitzer Prize nominee The Plague of Doves wields her breathtaking narrative magic in an emotionally haunting contemporary tale of a tragic accident, a demand for justice, and a profound act of atonement with ancient roots in Native American culture.

Late summer in North Dakota, 1999: Landreaux Iron stalks a deer along the edge of the property bordering his own. He shoots with easy confidence but only when he staggers closer does he realise he has killed his neighbour's son.

Dusty Ravich, the deceased boy, was best friends with Landreaux's five-year-old son, LaRose. The two families have been close for years and their children played together despite going to different schools. Landreaux is horrified at what he's done; fighting off his longstanding alcoholism, he ensconces himself in a sweat lodge and prays for guidance. And there he discovers an old way of delivering justice for the wrong he's done. The next day he and his wife Emmaline deliver LaRose to the bereaved Ravich parents. Standing on the threshold of the Ravich home, they say, 'Our son will be your son now'.

LaRose is quickly absorbed into his new family. Gradually he's allowed visits with his birth family, whose grief for the son and brother they gave away mirrors that of the Raviches. The years pass and LaRose becomes the linchpin that links both families. As the Irons and the Raviches grow ever more entwined, their pain begins to subside. But when a man who nurses a grudge against Landreaux fixates on the idea that there was a cover-up the day Landreaux killed Dusty - and decides to expose this secret - he threatens the fragile peace between the two families...

The Fox and Dr. Shimamura