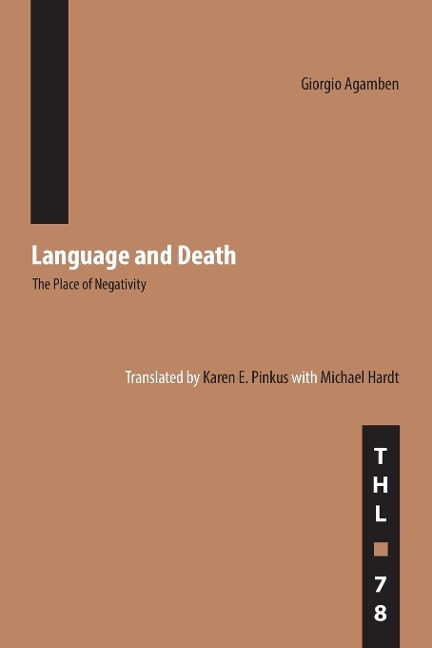 The Place of Negativity

A formidable and influential work, Language and Death sheds a highly original light on issues central to Continental philosophy, literary theory, deconstruction, hermeneutics, and speech-act theory. Focusing especially on the incompatible philosophical systems of Hegel and Heidegger within the space of negativity, Giorgio Agamben offers a rigorous reading of numerous philosophical and poetic works to examine how these issues have been traditionally explored. Agamben argues that the human being is not just "speaking" and "mortal" but irreducibly "social" and "ethical."Giorgio Agamben teaches philosophy at the Collège International de Philosophie in Paris and at the University of Macerata in Italy. He is the author of Means without End (2000), Stanzas (1993), and The Coming Community (1993), all published by the University of Minnesota Press. Karen E. Pinkus is professor of French and Italian at the University of Southern California. Michael Hardt is professor of literature and romance studies at Duke University.