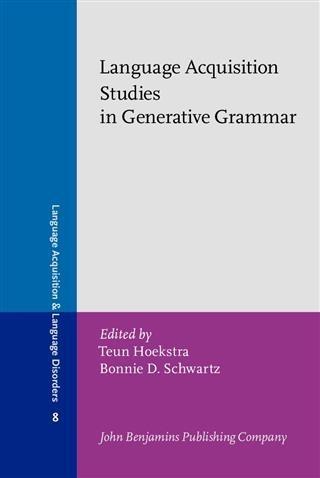 This is a collection of essays on the native and non-native acquisition of syntax within the Principles and Parameters framework. In line with current methodology in the study of adult grammars, language acquisition is studied here from a comparative perspective. The unifying theme is the issue of the 'initial state' of grammatical knowledge: For native language, the important controversy is that between the Continuity approach, which holds that Universal Grammar is essentially constant throughout development, and the Maturation approach, which maintains that portions of UG are subject to maturation. For non-native language, the theme of initial states concerns the extent of native-grammar influence.   Different views regarding the continuity question are defended in the papers on first language acquisition. Evidence from the acquisition of, inter alia, Bernese, Dutch, English, Finnish, French, German, Icelandic, Italian and Japanese, is brought to bear on issues pertaining to clause structure, null subjects, verb position, negation, Case marking, modality, non-finite sentences, root questions, long-distance questions and scrambling.   The views defended on the initial state of (adult) second language acquisition also differ: from complete L1 influence to different versions of partial L1 influence. While the target language is German in these studies, the native language varies: Korean, Spanish and Turkish. Analyses invoke UG principles to account for verb placement, null subjects, verbal morphology and Case marking.   Though many issues remain, the volume highlights the growing ties between formal linguistics and language acquisition research. Such an approach provides the foundation for asking the right questions and putting them to empirical test.