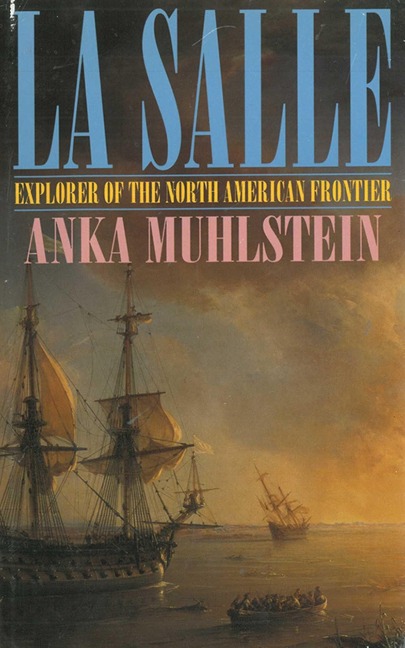 Seventeenth-century North America was a dangerous, untamed land, a vast wilderness where settlers, fur traders, and missionaries all struggled to eke out an existence. But the New World was also a place that attracted a special breed?men with a thirst for adventure and discovery. Robert Cavelier de La Salle, whose energy and single-minded ambition made him one of the greatest explorers of the time, was such a man.
At the age of twenty-four, La Salle crossed the Atlantic to America. Like Columbus before him, he was obsessed with finding a western passage to China. But the New World so intrigued him and inflamed his imagination that he abandoned the Far East for the mysteries of the still uncharted regions of North America.

La Salle's explorations took him all over the continent, and finally, in 1682, he followed the Mississippi River to the Gulf of Mexico, where he claimed the territory he had traveled through for France, and named it Louisiana in honor of the Sun King, Louis XIV.

Throughout his adventurous years, he never lost sight of this grand strategic goal, which was to link the Great Lakes to warm water ports on the Gulf of Mexico. The author combines impeccable scholarship with a novelist's narrative power and eye for stunning detail in this portrayal of La Salle's life and explorations.