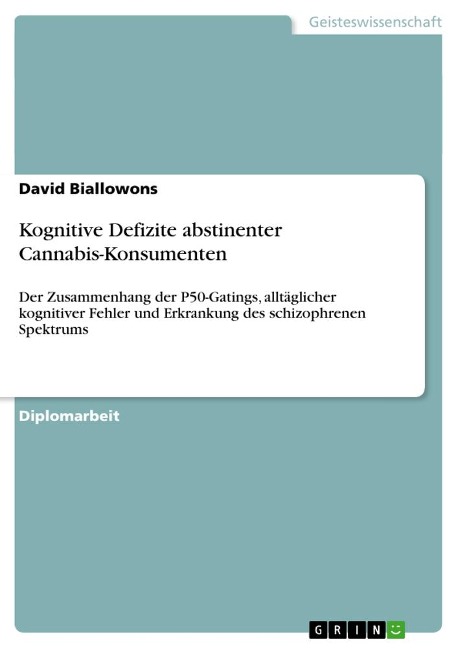 Diplomarbeit aus dem Jahr 2008 im Fachbereich Psychologie - Biologische Psychologie, Note: 1,0, Universität Koblenz-Landau, Sprache: Deutsch, Abstract: Consumption of Cannabis is discussed as an ethological factor in the development of schizophrenic spectrum disorders. There is evidence that cannabis causes cognitive deficits, which can typically be found in schizophrenic patients or vulnerable individuals. An often disturbed cognitive process in schizophrenia is the early-information-processing. One of its components is the gating of sensory input. The gating-function can be measured with the P50-Gating paradigm evoked by acoustic stimuli using EEG. The P50-Gating is known to be disturbed in many patients with schizophrenic spectrum disorders. Little is known, if the P50-Gating is disturbed in Cannabis-users, even after a while of abstinence from the drug. Another field of interest in this work is the clinical correlates of the P50 and its influence on higher cognitive functions and behaviour. In summary, his thesis wants to elucidate the epidemiological evidence between Cannabis-consumption and schizophrenic spectrum disorders.
Results: We could not find a persistent deficit of the P50-Gating in abstinent Cannabis-users compared to healthy controls. Nevertheless, we could find different correlations between variables of Cannabis consumption patterns and the P50-Gating. Consumption of Nicotine could be found as an important confounder in the study design. As predicted, P50-Gating was connected with all-daily cognitive failures, which is strengthening the clinical validity of this electrophysiological paradigm. 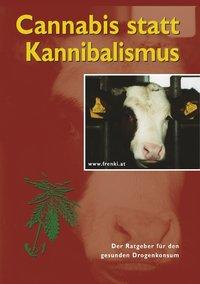 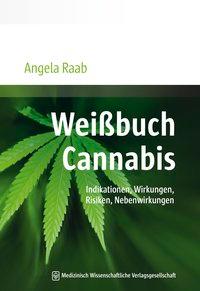 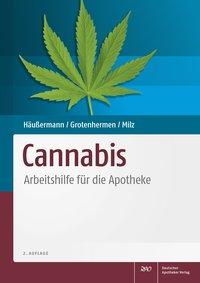 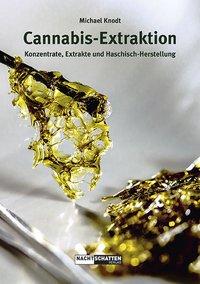 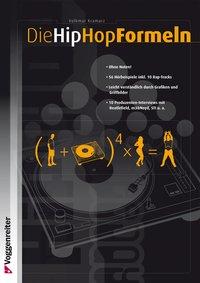 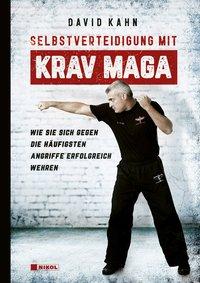 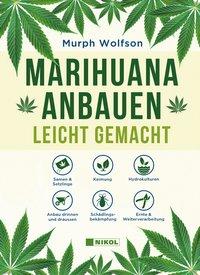