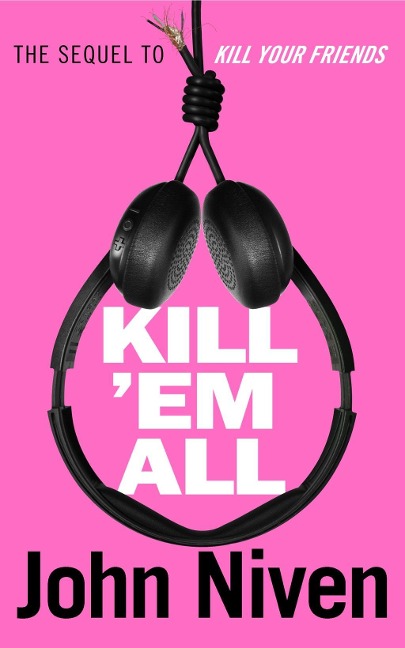 The long-awaited sequel to KILL YOUR FRIENDS

It is 2017 - the time of Trump, Brexit and fake news. And time for the return of Steven Stelfox, former A&R man who made his millions from a hit reality TV show.

Now Stelfox works occasionally as a music industry 'consultant'. A fixer. He's had a call from his old friend James Trellick, president of one of the largest record companies in America. Trellick has a huge problem on his hands in the shape of...

Lucius Du Pre. Once the biggest pop star on earth. Now he's a helpless junkie, a prolific sexual predator, and massively in debt to Trellick's record company. And the picture only gets bleaker when the parents of one of Du Pre's 'special friends' begin blackmailing him.

'A banging action satirical thriller. But it's also a proper novel about the Trumpian era, of the reality TV era, the fake news era. It's managed to say a lot of things in a way that very few other novels are doing and in a very comedic way' IRVINE WELSH

'A bruising triumph; Amis' MONEY for the Trump generation. What a monster he's created' IAN RANKIN

'A scabrously entertaining satire of what it is like to be rich and white in the land of the free if you are utterly depraved, "where money doesn't just talk, or swear, it nukes". ... There is a twisted poetry in Niven's mastery of invective' THE TIMES

'A full-throttle send up of toxic masculinity ... Niven at full tilt is always something to behold.'METRO