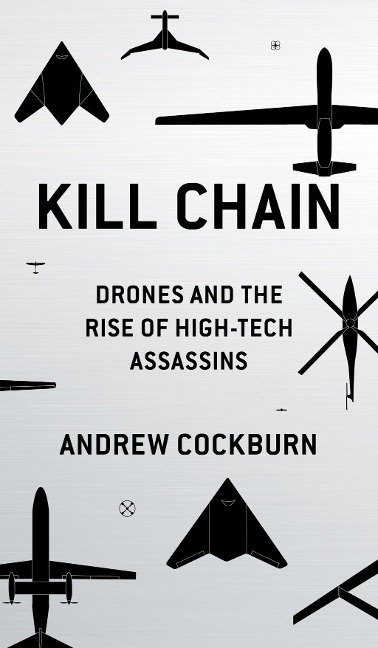 Drones and the Rise of High-Tech Assassins

Surveillance, technology, war, and the failed US policy of remote killing

Kill Chain is the essential history of drone warfare, a development in military technology that, as Andrew Cockburn demonstrates, has its origins in long-buried secret programmes dating to US military interventions in Vietnam and Yugoslavia. Cockburn follows the links in a chain that stretches from the White House, through the drone command center in Nevada, to the skies of Helmand Province.

The book reveals the powerful interests-military, CIA and corporate-that turned the Pentagon away from manned aircraft and boots on the ground to killing by remote control. Cockburn uncovers the technological breakthroughs, the revolution in military philosophy, and the devastating collateral damage resulting from assassinations allegedly targeted with pinpoint precision.

Vivid, powerful and chilling, Kill Chain draws on sources deep in the military and intelligence establishment to lay bare the failure of the modern American way of war.