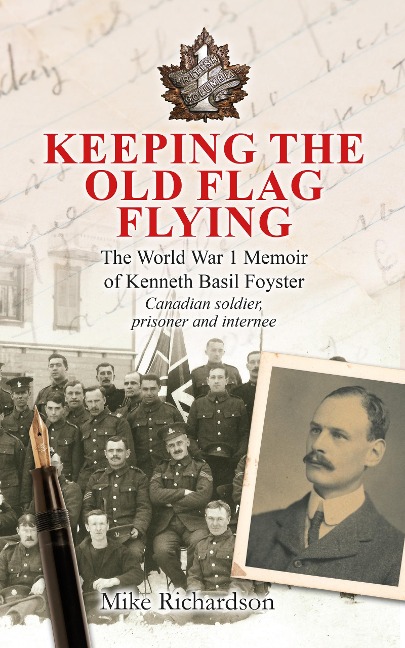 During the 1st World War, thousands of captured Allied combatants were dispatched to neutral countries to await

the end of the conflict. Their stories are seldom told. English-born Canadian soldier Kenneth Foyster was one of

them. He fought at Ypres in 1915, was wounded, captured, imprisoned then found himself interned in the mountains of Switzerland. After the war, he penned an extensive memoir describing in vivid detail all these successive experiences. British author Mike Richardson has taken this account and put it into the context of contemporary world events. The result is a fascinating insight into one man's military adventures; from the woods of British Columbia, to the intensity of the battlefield, and on to the snowy highlands of the Alps.