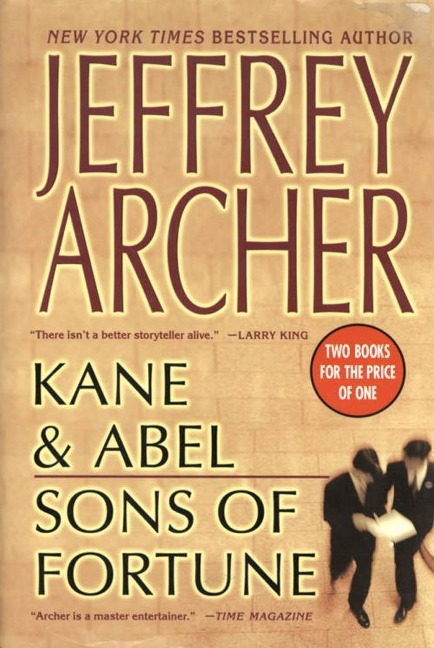 Kane and Abel/Sons of Fortune

William Lowell Kane and Abel Rosnovski, one the son of a Boston millionaire, the other a penniless Polish immigrant. Two men, born on the same day, on opposite sides of the world, their paths destined to cross in their ruthless struggle to build a fortune.

An unputdownable story, spanning sixty years, of two powerful men linked by an all-consuming hatred, brought together by fate to save—and finally destroy—each other.

#1 New York Times bestselling author Jeffrey Archer has mesmerized thousands of readers over the years with his riveting novels and unforgettable characters. Now he returns with another remarkable novel that proves he is still one of the most gifted writers of all time...

Twins seperated at birth, Nathaniel Cartwright and Fletcher Davenport have been raised in different worlds, and have both thrived among the best and brightest of their generation. In an era of violent change, free love, and blind ambition, Nat goes off to war, while Fletcher enters political combat. With each choice they make--in love and career, through tragedy and triumph--their lives mirror one another...until a high-profile murder case brings them together. Until a high-stakes political battle turns them into rivals. Until a decades-old secret is exposed...and two powerful men must confront their bonds of fate and fortune.
E-Book 09/2006