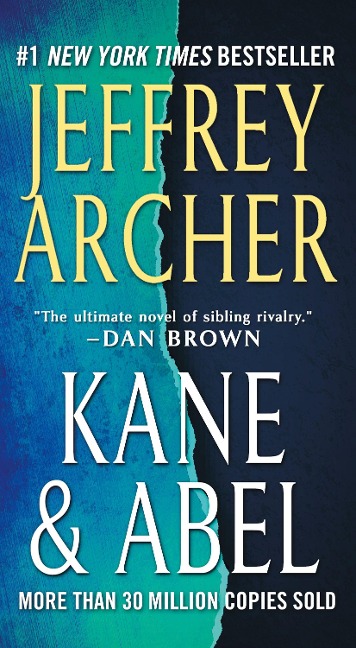 TWO STRANGERS BORN WORLDS APART. ONE DESTINY THAT WOULD DEFINE THEM BOTH...

William Lowell Kane and Abel Rosnovski, one the son of a Boston millionaire, the other a penniless Polish immigrant-born on the same day near the turn of the century on opposite sides of the world-are brought together by fate and the quest of a dream.

Two men-ambitious, powerful, ruthless-are locked in a relentless struggle to build an empire, fueled by their all-consuming hatred. Over sixty years and three generations, through war, marriage, fortune, and disaster, Kane and Abel battle for the success and triumph that only one man can have.

"Archer is a master entertainer."
-Time