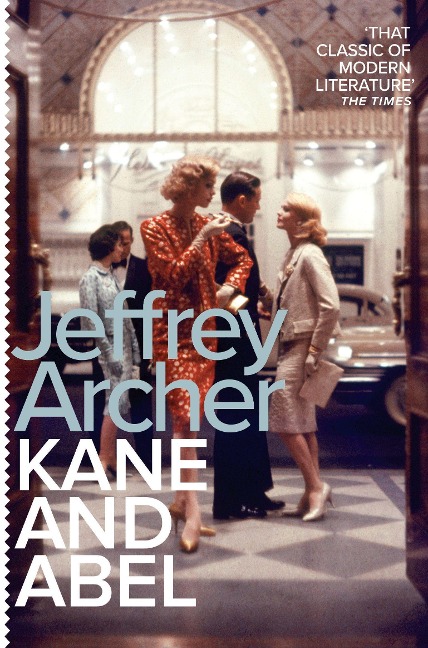 'If there were a Nobel Prize for storytelling, Archer would win' Daily Telegraph

William Lowell Kane and Abel Rosnovski: one the son of a Boston millionaire, the other of a penniless Polish immigrant. Two men born on the same day, on opposite sides of the world, their paths destined to cross in the ruthless struggle to build a fortune.

A memorable story, spanning sixty years, of two powerful men linked by an all-consuming hatred, brought together by fate to save - and finally destroy - each other.

'Probably the greatest storyteller of our age' Mail on Sunday

'A storyteller in the class of Alexandre Dumas' Washington Post

Jeffrey Archer, whose novels and short stories include Kane and Abel, A Prisoner of Birth and Cat O' Nine Tales, has topped the bestseller lists around the world, with sales of over 275 million copies. He is the only author ever to have been a number one bestseller in fiction, short stories and non-fiction (The Prison Diaries). The author is married to Dame Mary Archer, and they have two sons, two grandsons and a granddaughter.