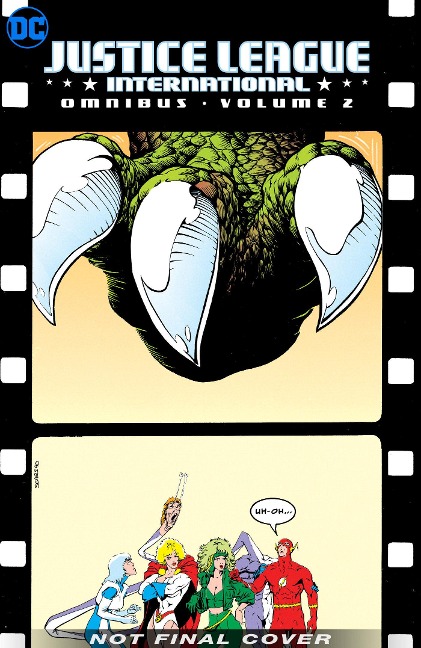 The satirical 1987-1996 Justice League adventures are collected in a single hardcover edition.

A new generation of the world's greatest super-heroes takes center stage in the wake of a world crisis, but it's the most unlikely grouping of heroes ever - Batman, Black Canary, Blue Bettle, Captain Marvel, Doctor Fate, Dr. Light, Guy Gardner, Martian Manhunter, and Mister Miracle. Known for its comedic tones and quirky cast, this chapter from 1987-1996 in League history is unforgettable!

J.M. DeMatteis was a music critic but gave it up for becoming an award-winning writer best known for his personal works such as Moonshadow and Brooklyn Dreams. He began writing for DC in the late 1970s and rose to prominence with characters such as the Justice League revamp of the 1980s, a franchise that earned him an Eisner Award in 2004 for Best Humor Publication. He has written every major character at DC and Marvel, using that experience for a successful foray into animation writing including episodes of Justice League Unlimited and Batman: The Brave and the Bold.

Keith Giffen has provided plotting, scripting, artwork, or any combination thereof for titles such as All-Star Comics, Legion Of Super-Heroes, Ragman, Creeper, Lobo, Suicide Squad, The Defenders, Hero Squared!, and Ambush Bug. He's worked on the weekly series 52 and Countdown to Final Crisis, as well as 52 Aftermath: The Four Horsemen and Midnighter, plus a gazillion other things.