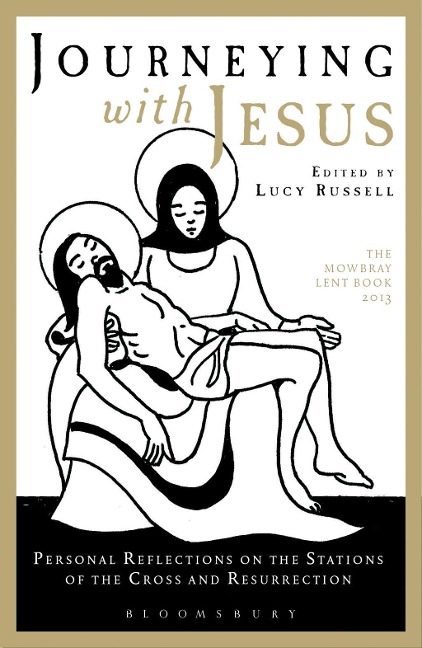 Personal Reflections on the Stations of the Cross and Resurrection: The Mowbray Lent Book 2013

Contributors include Ann Widdecombe, Archbishop John Sentamu, Archbishop Vincent Nichols, Peter Hitchens, Fr Timothy Radcliffe, Peter Stanford, Ruth Burrows and Sister Wendy Beckett. Individual stations reflect the personal experience of the author: Margaret Mizen, whose son Jimmy was murdered in an unprovoked attack in a baker's shop in South London in 2008, identifies with Jesus' mother Mary at the foot of the Cross; physicist Russell Stannard reflects on space in the Empty Tomb; Kelly Connor who, at the age of 17, ran over and killed an innocent victim, writes about the need to be forgiven.

Other contributions come from an Army chaplain, the Chief Executive of mental health charity MIND, Anne Maguire (of the wrongfully convicted Maguire Seven, who spent nine years in prison), and a former Director of High Security in the prison service.

Lucy Russell is Lecturer in the Educational Studies Department at Goldsmiths College, University of London, UK. Prior to that she was a History teacher at a school in Kent, UK.

Dr Lucy Russell taught at Goldsmiths' College, University of London, until the birth of her first child in 2006. She is the author of two education titles (both published by Continuum) and a regular contributor to the Church press.