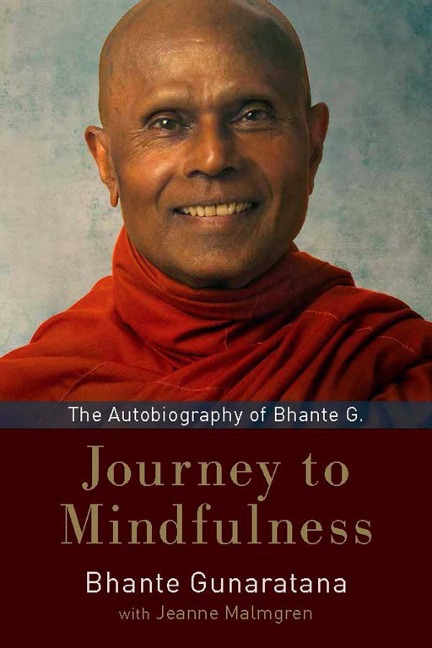 The Autobiography of Bhante G.

The inspiring life-story of from the bestselling author of Mindfulness in Plain English-updated and expanded in honor of his 90th birthday.

Bhante Gunaratana-Bhante G., as he is affectionately called-has long been among the most beloved Buddhist teachers in the West. Ordained at twelve, he would eventually become the first Buddhist chaplain at an American university, the founder of a retreat center and monastery, and a bestselling author.

Here, Bhante G. lays bare the often-surprising ups and downs of his more than ninety years, from his boyhood in Sri Lanka to his decades of sharing the insights of the Buddha, telling his story with the "plain-English" good-humored approach for which he is so renowned.

This expanded anniversary edition includes four new chapters in which Bhante reflects on the impact of the tsumani that struck his homeland in 2004 and his subsequent appearance on Larry King Live, his brief experiment in ordaining nuns at his monastery, as well intimate reflections on the loss of family members, and his own aging and infirmity-providing a model an inspiring model to us all of gracious equanimity.

Jeanne Malmgren has been a student of Bhante Gunaratana since 1985. After a long career in journalism, she earned a Master's degree in Clinical Mental Health Counseling and now has a private practice of psychotherapy. She also writes about healing arts, teaches classes and workshops in mindfulness, and leads meditative hikes in the Blue Ridge Mountains of South Carolina, where she lives. She can be reached at www.upstatecounselor.com.