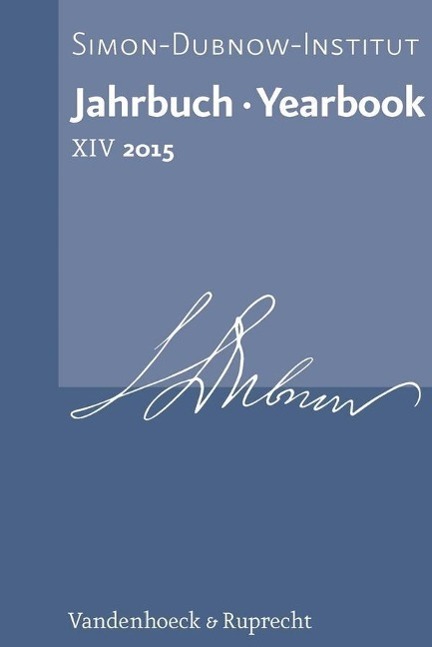 Two focal areas are central in the 2015 Yearbook of the Simon Dubnow Institute. In the follow-up to 100th anniversary since the outbreak of World War I, one thematic focus is devoted to the life and work of the universal historian, sociologist and language philosopher, Eugen Rosenstock-Huessy (1888-1973), for whom World War I became a key epistemological experience. The articles in this focal area deal inter alia with the significance for intellectual history of the Leipziger Nachtgespräch (Leipzig Nocturnal Discussion) in July 1913, in which along with Rosenstock-Huessy, Franz Rosenzweig and Rudolf Ehrenberg also participated. The second thematic focus deals with the documentary and fictional representation of history after the Holocaust. Proceeding from the multifarious character of the representation of and discourse about historical and political events in the performing arts, the articles explore their influence in an extended framework in the context of research on postwar history. How and to what extent did theatre and film contribute to shaping the discussions in society about Jewish history and culture, and thus the history of the perception of the Holocaust?In the regular and special sections of the Yearbook, there are articles on the history of memory, the history of science and law in Palestine/Israel, the history of religions, and Russian-Jewish literary history and publishing history in the nineteenth century.

The Field of Vision