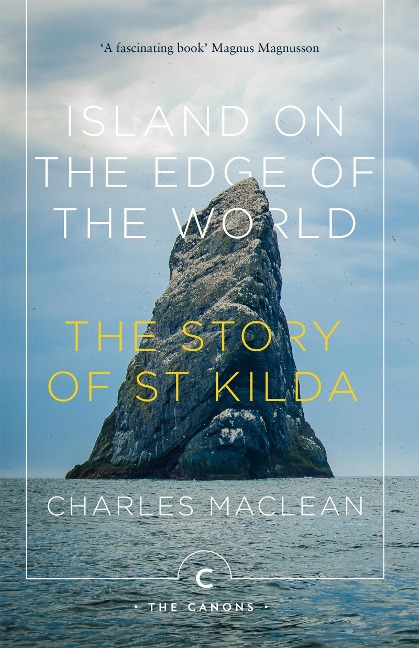 Island on the Edge of the World

The Story of St Kilda

For more than 2000 years the people of St Kilda remained remote from the world. Its society was viable, even Utopian; but in the nineteenth century the island was discovered by missionaries, do-gooders and tourists, who brought money, disease and despotism. St Kildan culture gradually disintegrated and in 1930 the few remaining islanders asked to be evacuated.

The destruction of the St Kildan culture is a microcosm of a process which is still taking place, often on a much larger scale, all over the world. Island on the Edge of the World is a moving account of human endeavour, of success and failure in the unending struggle between man and nature for coexistence.

Charles Maclean was born in 1946 and has had a diverse and international writing career. He is the author of a number of award-wining books on Scotch whisky and has also written novels and non-fiction books on the culture and landscape of Scotland. He is a consultant to the whisky industry and sits on the judging panel of the International Wine & Spirit Competition. Island on the Edge of the World was Maclean's first book and has become recognised as a classic work of social history.