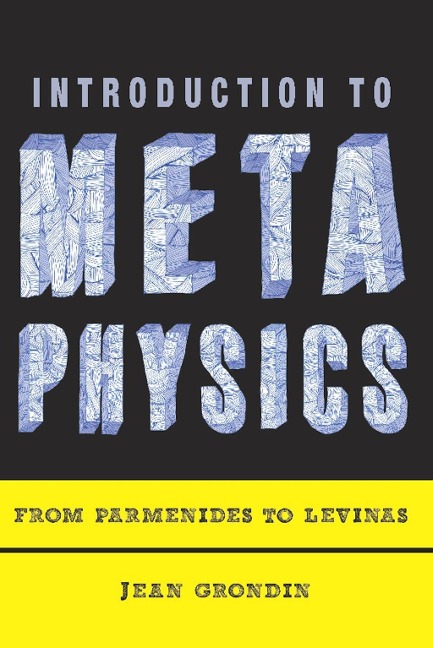 From Parmenides to Levinas

Jean Grondin completes the first history of metaphysics and respects both the analytical and the Continental schools while transcending the theoretical limitations of each. He reviews seminal texts by Parmenides, Plato, Aristotle, Plotinus, and Augustine. He follows the theological turn in the metaphysical thought of Avicenna, Anselm, Aquinas, and Duns Scotus, and he revisits Descartes and the cogito; Spinoza and Leibniz's rationalist approaches; Kant's reclaiming of the metaphysical tradition; and post-Kantian practice up to Hegel. He engages with twentieth century innovations that upended the discipline, particularly Heidegger's revival of the question of Being and the rediscovery of the metaphysics of existence by Sartre and the Existentialists, language by Gadamer and Derrida, and transcendence by Levinas. Metaphysics is often dismissed as a form or epoch of philosophy that must be overcome, yet by promoting a full understanding of its platform and processes, Grondin reveals its cogent approach to reality and foundational influence on modern philosophy and science. By restoring the value of metaphysics for contemporary audiences, Grondin showcases the rich currents and countercurrents of metaphysical thought and its future possibilities.

Preface
Introduction
1. Parmenides: The Evidence of Being
2. Plato: The Hypothesis of the Idea
3. Aristotle: The Horizons of First Philosophy
4. The Last Summit of Classical Metaphysics: The Neoplatonic Eruption
5. Metaphysics and Theology in the Middle Ages
6. Descartes: First Philosophy According to the Cogito
7. Spinoza and Leibniz: The Metaphysics of Simplicity and Integral Rationality
8. Kant: Metaphysics Turned Critical
9. Metaphysics After Kant?
10. Heidegger: The Resurrection of the Question of Being in the Name of Overcoming Metaphysics
11. On Metaphysics Since Heidegger
Conclusion
Abbreviations
Notes
Further Reading