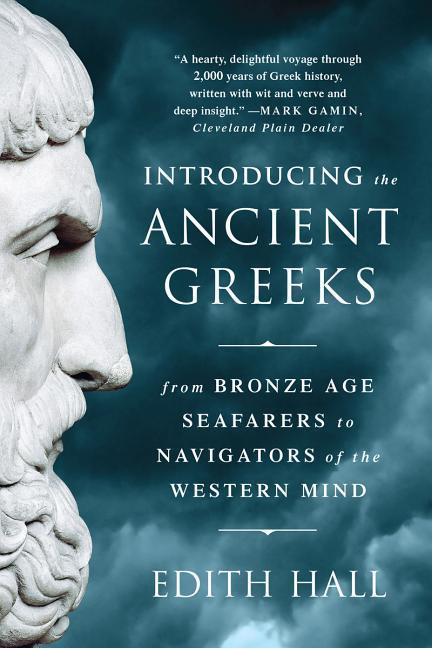 Introducing the Ancient Greeks: From Bronze Age Seafarers to Navigators of the Western Mind

The ancient Greeks invented democracy, theater, rational science, and philosophy. They built the Parthenon and the Library of Alexandria. Yet this accomplished people never formed a single unified social or political identity. In Introducing the Ancient Greeks, acclaimed classics scholar Edith Hall offers a bold synthesis of the full 2,000 years of Hellenic history to show how the ancient Greeks were the right people, at the right time, to take up the baton of human progress. Hall portrays a uniquely rebellious, inquisitive, individualistic people whose ideas and creations continue to enthrall thinkers centuries after the Greek world was conquered by Rome. These are the Greeks as you've never seen them before.

Edith Hall is one of Britain's foremost classicists, having held posts at the universities of Cambridge, Durham, Reading, and Oxford. She is the author and editor of more than a dozen works and now teaches at King's College London.