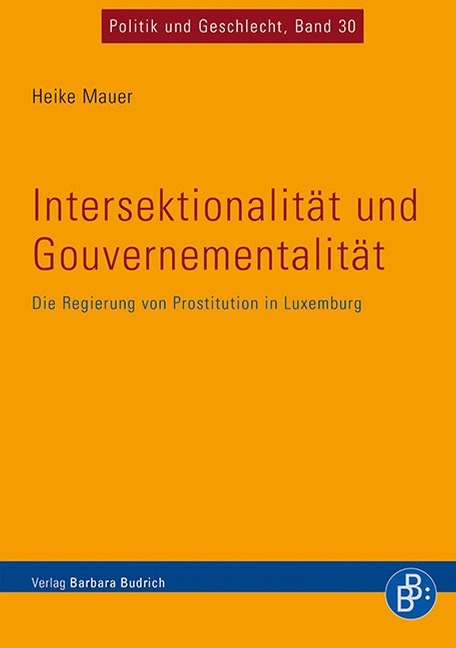 Which power logics work in the interpretation of prostitution as a problem of individual moral leadership on the one hand and as a political problem for society as a whole on the other? The author combines two key concepts of current political and feminist theory - intersectionality and governmentality - with the historical analysis of the problematization of prostitution and its modes of government at the beginning of the 20th century. It empirically shows that different social groups were each specifically morally governed and argues for a political and process-oriented understanding of intersectionality, so that differentiated mechanisms of the exercise of power can be grasped.