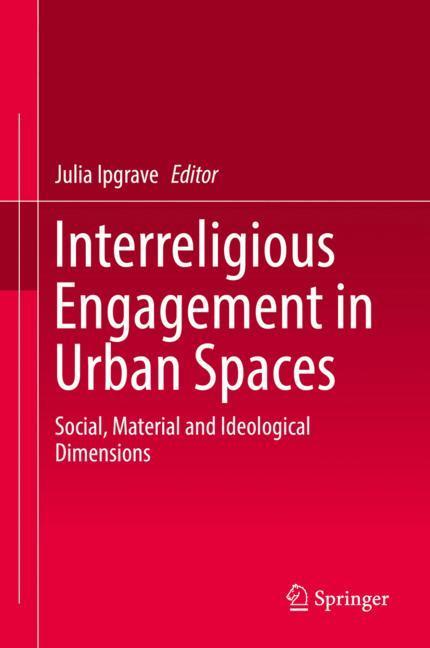 This book examines interreligious dialogue from a European perspective. It features detailed case studies analysed from different disciplinary perspectives. These studies consider such activities as face-to-face discussion groups, public meetings, civic consultations with members of faith groups, and community action projects that bring together people from different faiths. Overall, the work reports on five years of qualitative empirical research gathered from different urban sites across four European cities (Hamburg, London, Stockholm, Oslo). It includes a comparative element which connects distinctive German, Scandinavian, and English experiences of the shared challenge of religious plurality.
The contributors look at the issue through social, material, and ideological dimensions. They explore the following questions: Is interreligious dialogue the producer or product of social capital? What and how are different meanings produced and contested in places of interreligious activity? What is the function of religious thinking in different forms of interreligious activity? Their answers present a detailed analysis of the variety of practices on the ground. A firm empirical foundation supports their conclusions.

Readers will learn about the changing nature of urban life through increasing pluralisation and the importance of interreligious relations in the current socio-political context. They will also gain a better understanding of the conditions, processes, function, and impact of interreligious engagement in community relations, public policy, urban planning, and practical theology.

Dr Julia Ipgrave (editor) is senior researcher in the Department of Humanities (Theology and Religious Studies) at the University of Roehampton, London. She is principal investigator for the U.K. strand of 'Religion and Dialogue in Modern Societies' (BMBF- project, University of Hamburg). Previous research projects include the EC-funded 'Religion in Education. A contribution to Dialogue or a factor of Conflict' (REDCo) (2006-9) and 'Young People's Attitudes towards Religious Diversity' (2009-2012).

Dr Dag Husebø is associate professor in Educational science, and pro-rector at The University of Stavanger, Norway. Current fields of research include digitalization of schools and professional development among teachers in higher education, together with studying interreligious dialogue in and out of school. He is researcher in 'Religion and Dialogue in Modern Societies' (BMBF- project, University of Hamburg) conducting fieldwork in Oslo.

Dr Øystein Lund Johannessen is senior researcher at the Centre for Intercultural Communication of VID Specialized University, Norway. His special interests include intercultural understanding in public services, the transmission of traditions in ethnic minorities, and education development, migrant experience of education and interreligious dialogue in school and urban settings. He is researcher in 'Religion and Dialogue in Modern Societies' (BMBF- project, University of Hamburg).

Dr Johan Liljestrand is senior lecturer at the University of Gävle. He has published on RE-teachers' approaches to religious and cultural differences; RE-students attitudes to RE; media controversies of interreligious engagement within the Church of Sweden; students' attitudes to religion and national identity; and space and place dimensions in interreligious-work in Stockholm. He is researcher in 'Religion and Dialogue in Modern Societies' (BMBF- project, University of Hamburg).

Dr Geir Skeie is professor of religious education at University of Stavanger. He is guest professor at NTNU, Trondheim, Norway and is affiliated Stockholm University, Sweden. He has researched RE practice and theory and been principal investigator of national and international research projects. He is principal investigator for the Scandinavian strand of 'Religion and Dialogue in Modern Societies' (BMBF- project, University of Hamburg). Recent work includes discussion of diversity in RE research and the place of personal and existential issues in religious education.