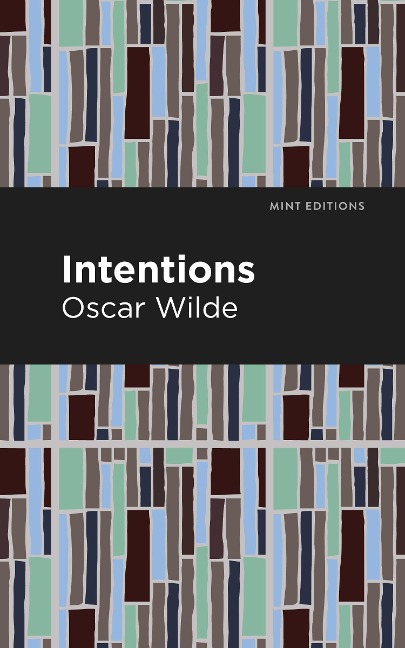 Intentions consists of multiple essays in which Wilde combats the popular argument that art must adhere to a moral standard and serve a benevolent purpose. It's a direct contrast to longstanding tradition in contemporary literature.

Oscar Wilde delivers four irreverent essays that criticize the norm and celebrate the unexpected. Intentions features four of his works: "The Decay of Lying," "Pen, Pencil and Poison," "The Critic as Artist" and "The Truth of Masks." They highlight different areas of contention within the artist community. This includes the role of critics in the creative process and the identification of their own artistic merit. Wilde also celebrates the controversial figure, Thomas Griffiths Wainewright, a brilliant painter and renown serial killer.

Oscar Wilde presents bold and unwavering thoughts about art and its place in society. He provides provocative examples that encourage further inspection. It's a compelling argument with similar themes appearing in his plays and sole novel, The Picture of Dorian Gray.

With an eye-catching new cover, and professionally typeset manuscript, this edition of Intentions is both modern and readable.

Oscar Wilde (1854-1900) was a Dublin-born poet and playwright who studied at the Portora Royal School, before attending Trinity College and Magdalen College, Oxford. The son of two writers, Wilde grew up in an intellectual environment. As a young man, his poetry appeared in various periodicals including Dublin University Magazine. In 1881, he published his first book Poems, an expansive collection of his earlier works. His only novel, The Picture of Dorian Gray, was released in 1890 followed by the acclaimed plays Lady Windermere's Fan (1893) and The Importance of Being Earnest (1895).