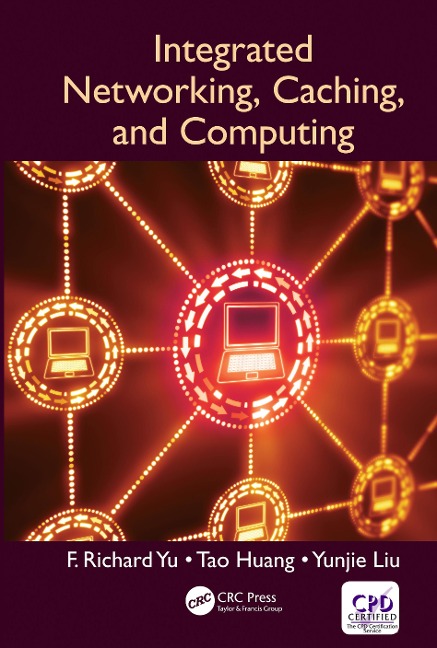 This book features the major research advances on integrated networking, caching, and computing. Information-centric networking-based caching is one of the promising techniques for future networks. The cloud computing paradigm has been widely adopted to enable convenient, on-demand network access to a shared pool of configurable computing resources. In addition, fog/edge computing is proposed to deploy computing resources closer to end devices. From the perspective of applications, network, cache and compute are underlying enabling resources. How to manage, control and optimize these resources can have significant impacts on application performance.

F. Richard Yu received the PhD degree in electrical engineering from the University of British Columbia (UBC) in 2003. From 2002 to 2006, he was with Ericsson (in Lund, Sweden) and a start-up in California, USA. He joined Carleton University in 2007, where he is currently a Professor. He received the IEEE Outstanding Service Award in 2016, IEEE Outstanding Leadership Award in 2013, Carleton Research Achievement Award in 2012, the Ontario Early Researcher Award (formerly Premiers Research Excellence Award) in 2011, the Excellent Contribution Award at IEEE/IFIP TrustCom 2010, the Leadership Opportunity Fund Award from Canada Foundation of Innovation in 2009 and the Best Paper Awards at IEEE ICC 2014, Globecom 2012, IEEE/IFIP TrustCom 2009 and Int'l Conference on Networking 2005. His research interests include cross-layer/cross-system design, security, green ICT and QoS provisioning in wireless-based systems.Dr. Yu serves on the editorial boards of several journals, including Co-Editor-in-Chief for Ad Hoc & Sensor Wireless Networks, Lead Series Editor for IEEE Transactions on Vehicular Technology, and IEEE Transactions on Green Communications and Networking, IEEE Communications Surveys & Tutorials. He has served as the Technical Program Committee (TPC) Co-Chair of numerous conferences. Dr. Yu is a registered Professional Engineer in the province of Ontario, Canada, and a senior member of the IEEE. He serves as a member of Board of Governors of the IEEE Vehicular Technology Society.

Yunjie Liu received his B.S degree in technical physics from Peking University, beijing, China, in 1968. He is currently an academician of China Academy of Engineering, the chief of the science and technology committee of China Unicom, and the dean of the School of Information and Communication Engineering, Beijing University of Posts and Telecommunications. His current research interests include next generation networks, network architecture and management.